A video is going viral on social media where a man named Deepak Sharma is seen beating a person for having allegedly mocked a religion by circulating a meme on the same. While beating the man, he can be heard warning the others who might plan on doing the same.

Deepak shared the video on his Facebook page. He says in the video that the man who he was assaulting had made funny memes on him. This video has over 13,000 views and 9100 shares. Deepak has over 30,000 followers on social media.

Challenging people to make memes on him, he said that anyone can make memes on him but should not include his religion in the same. Many people have applauded Deepak for the move on Facebook. However, there are many who are also attacking him for openly misbehaving with people. People are even advocating that there should be a police complaint lodged against him. People are also commenting that those supporting this person should realise that he is defaming the religion by indulging in such violent acts. 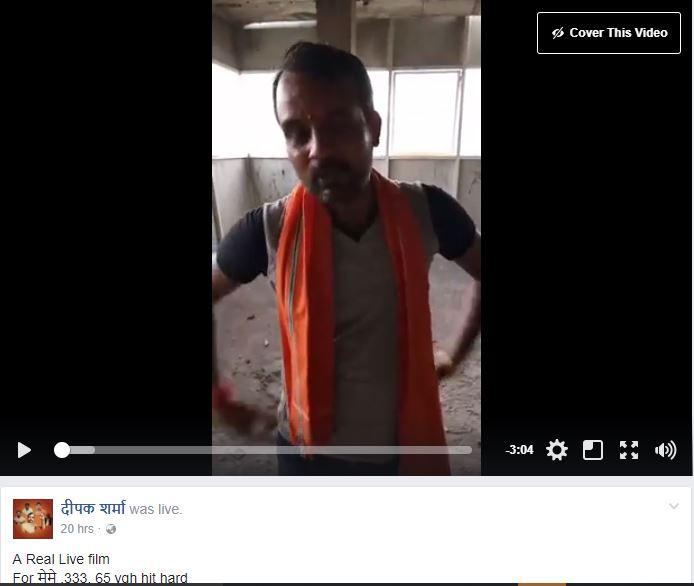 This is not the first time that Deepak has come out with such a video. Earlier as well, he made a video which was his message to “secular Hindus”. Deepak, whose earlier video received 26,584 views till now, claims to be a graduate in microbiology from Kanpur University and a Masters in Interior Design from Apeejay University. He also claims that he has done MBA from ISB Hyderabad.