A couple in their 20s were beaten up, tonsured and made to drink urine by the woman’s family for marrying without their approval in Madhya Pradesh’s Hardaspur village last week.

The episode became widely known only after pictures of the incident, taken by one of the people who tortured them, was shared on social media. Police claim that the couple, who belong to a tribal community in Hardaspur, had eloped to Gujarat in May, India Today reported.

“The couple returned to Alirajpur last week and started staying at the house of the man’s uncle. The woman’s parents came to know about this and kidnapped them at gunpoint on July 25. Thereafter, the couple was allegedly thrashed, stripped, made to drink urine and the girl’s hair was also chopped off,” police told the online portal. 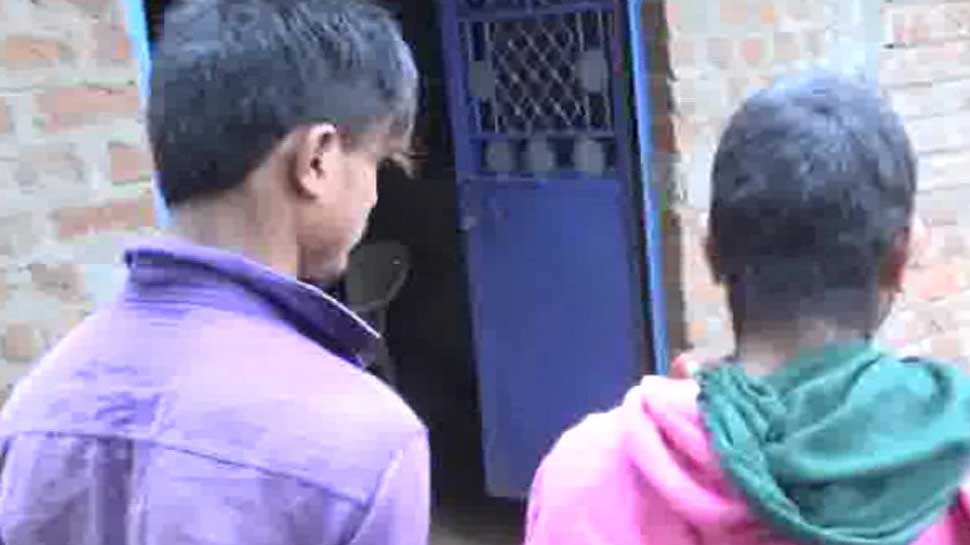 The couple had apparently tied the knot without their parents’ permission. Credit: ANI

NDTV reported that the video shows the 23-year-old man tied to a pole while the 21-year-old girl, who was half-stripped, sitting next to him. Apparently, the man had paid Rs 70,000 in cash and two goats to appease the woman’s family after they got married.

However, the caste panchayat decided to punish the couple for what they had done last Saturday. “They came back from Gujarat last week and were staying at the house of her husband’s uncle. The girl’s parents came to know about this and kidnapped them at gunpoint on July 25,” said Vikas Kapis, a local police officer told NDTV.

The police complaint states that the couple was picked up from the groom’s uncle’s home while they were sleeping. They were allegedly dragged out by the girl’s father and relatives, The Times of India reported.

The couple belongs to the Bhilala community among whom eloping is apparently a common practice. Tradition dictates that the groom and bride’s family come to an agreement where the boy’s family has to pay a certain sum of money to the bride’s family, TOI reported.