An Indian army jawan identified as Lance Naik Mohd Naseer was killed during an encounter a with Pakistan in Rajouri sector of Line of Control (LoC) in Jammu and Kashmir. The jawan lost his life after Pakistani troops violated ceasefire across the LoC on July 15. A photo shared by a Facebook page “Indian Army officer” revealed that Mohd Naseer was cricketer MS Dhoni’s fan.

In 2011, Indian Territorial Army conferred the rank of Lieutenant Colonel to the former Indian skipper, MS Dhoni. On martyr’s day, Dhoni went out to urge the Indian youth to understand the significance of the day adding that it was very important to look back in the history and remember what happened on March 23. The death anniversary of freedom fighters, Bhagat Singh, Sukhdev and Rajguru on 23 March 1931, was declared to be Martyr’s Day.

According to a PTI report, Lance Naik Mohammed Naseer a 35-year-old jawan posted in the border district of Poonch sector sustained injuries in an unprovoked firing and heavy mortar shelling by the neighbouring country.

“Pakistan Army initiated unprovoked firing on Indian Army posts in Rajouri sector at around 1330 hours today. Indian Army retaliated strongly and effectively. The nation will always remain indebted to him for the supreme sacrifice and devotion to duty,” a spokesman told PTI.

Heavy firing and shelling also took place in Balakote, Panjgrian, Naika and Manjakote areas along the Line of Control. The martyr had sustained injuries during the gunbattle and later succumbed to his injuries. Naseer who hailed from Ajout village of Poonch district is survived by his wife Wasim Akhtar.

Here’s a picture of Mohd Naseer with MS Dhoni. 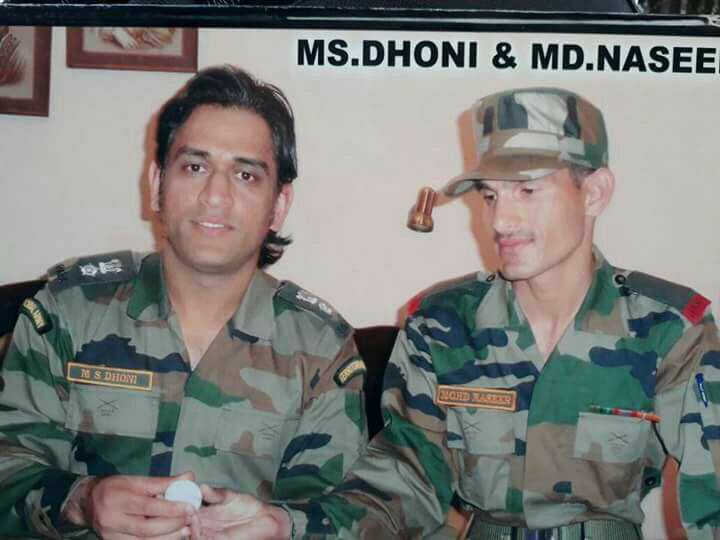 Mohd Naseer was laid to rest in a wreath laying ceremony in Poonch sector of Jammu and Kashmir. 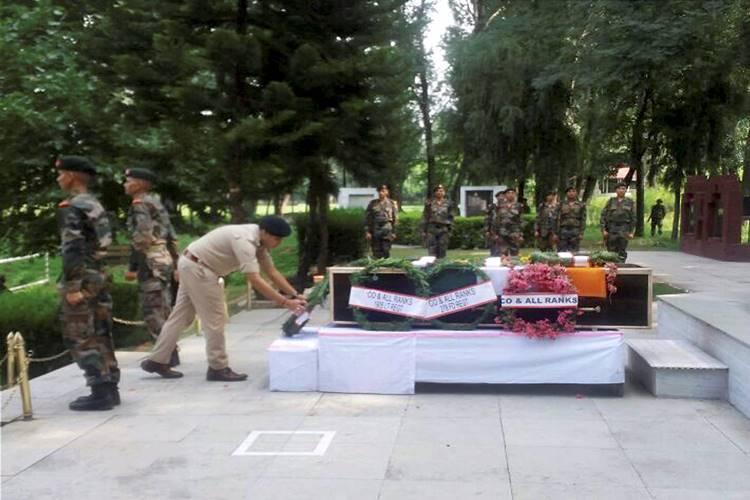 Poonch: A police officer laying a wreath at the coffin of Lance Naik Mohammed Naseer at a ceremony in Poonch on Sunday. PTI Photo 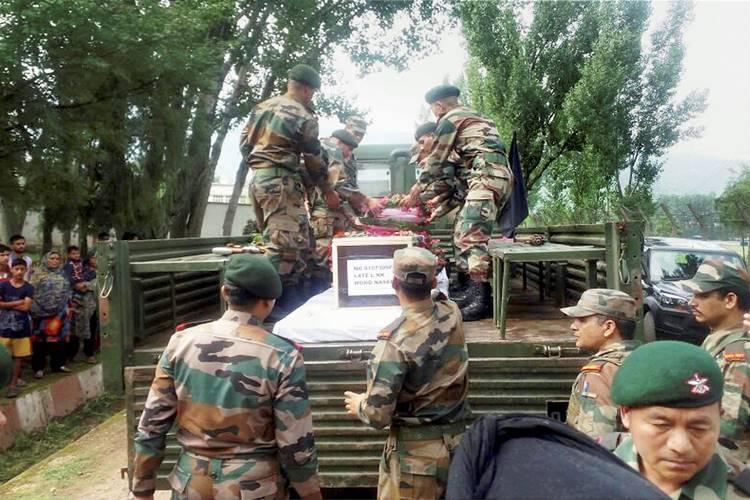 Earlier on July 12, two jawans lost their life in sniper fire by the Pakistan Army in Keran sector of north Kashmir. On July 8, two civilians were killed and several others were left injured in the firing and shelling by the Pakistani troops targeting forward posts in the Poonch sector of Jammu and Kashmir.