Just a week after Dravida Munnetra Kazhagam (DMK) supremo, Karunanidhi was discharged from the hospital, he was readmitted on late Thursday night to Kauvery hospital in Chennai. 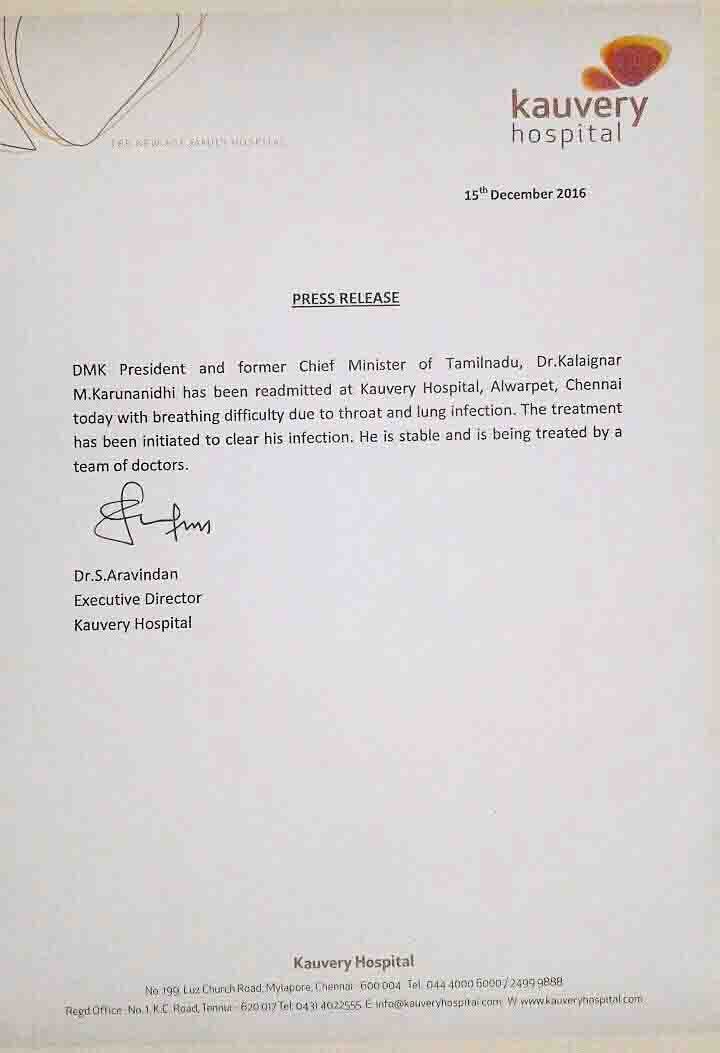 His daughter Kanimozhi confirmed that he was admitted due to lung infection and breathing difficulty because of throat. She further asserted that he was doing much better now.

He (Karunanidhi) had some lung infection and breathing difficulty, he is much better now: Kanimozhi pic.twitter.com/1Fh9uxBc83

Chennai: Karunanidhi readmitted with breathing difficulty due to throat and lung infection, he is stable & being treated: Hospital statement pic.twitter.com/eFgJ3OEbSA

This came just a week after former Tamil Nadu Chief Minister Jayalalithaa passed away after being treated in the Apollo hospital in Chennai for over 74 days.

Karunanidhi was admitted earlier this month for optimisation of nutrition and hydration. He was discharged on 7 December.