Karnataka Police officer D Roopa, who earlier made claims against her senior officer for allegedly accepting bribe in lieu of “preferential” treatment given to jailed AIADMK leader VK Sasikala, is in trouble now.

Her former boss and ex-DGP (Prisons) HN Sathyanarayana Rao has filed a Rs 20 crore defamation suit against Roopa and demanded an unconditional apology for making what he called “baseless allegations”.

In July earlier this year, Roopa, as DIG (Prisons), submitted a report to Rao alleging that AIADMK leader Sasikala paid for obtaining special perks in prison, which included an exclusive kitchen and relaxed visiting hours.

She also referred to “rumours” that one of the beneficiaries of the alleged bribe was her senior HNS Rao.

“There were rumours that 2 crore was paid for this (Sasikala’s privileges) and unfortunately the allegation is against you,” she had said in the report. Roopa’s comments had created a big controversy at that time. 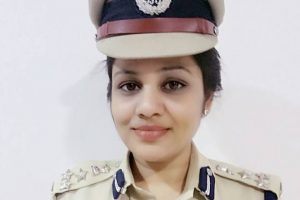 Video footage had also surfaced purportedly showing the embattled AIADMK leader walking inside the corridors of the Parappana Agrahara Central jail, Bengaluru while sporting a salwar suit instead of the prisoner’s dress, as is mandated for every jail inmate.

The sensational claim resulted in both HNS Rao and Roopa being transferred from the Bengaluru prison along with an inquiry against them. Rao, who recently retired as Director General of Police, was asked to go on leave following the massive controversy.

Also Read: Is Sasikala being given special privileges in jail? This CCTV footage says so

Rao had rubbished the charge by Roopa, terming it “absolutely false, baseless and wild”, and said he would take legal recourse against his junior. Puttige Ramesh, Rao’s advocate, told PTI that the suit was filed on November 27 on various counts in a Bengaluru court. The suit is also against a leading Kannada TV channel and a prominent English newspaper.