While “#ZomatoExposed” remains one of the trending hashtags on Twitter two days after the controversy erupted, voices of reason and support towards the deliverypersons have begun to pour in. The Mumbai Dabbawala Association, which represents the city’s 5,000 dabbawalas (tiffin-carriers), slammed the Jabalpur-based Zomato customer who cancelled his food order because the rider was Muslim.

Subhash Talekar, the spokesperson of the association, said in a statement,

“We condemn his act of cancelling order just because the delivery boy belonged to another religion. The delivery person may be Hindu or Muslim, he does the job for livelihood. Such workers do not have religion.” 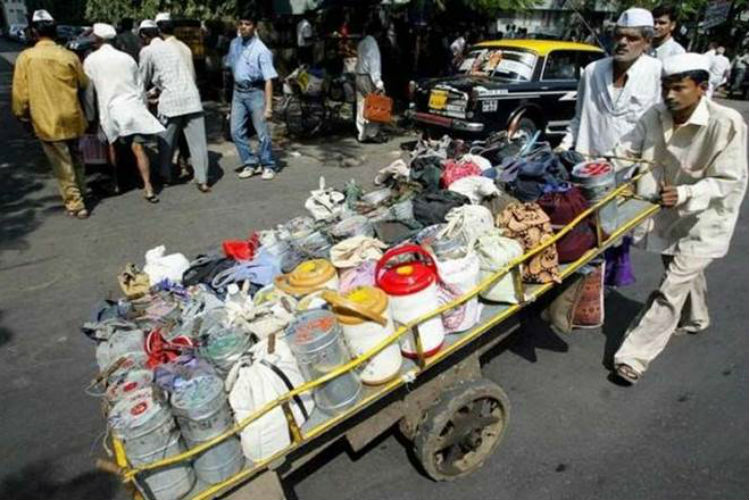 Talekar also questioned what the customer would have done if he had been hungry and a person of another faith had brought him food while suggesting that a case should be registered against the customer. He gave the example of how the dabbawalas, who have been the subject of numerous studies, serve people of all faiths:

“Our customers include Parsis in Colaba, Walkeshwar and Gaondevi, Muslims in Bhendi Bazar and Mohammed Ali Road, Catholics in Byculla and Jains in Kalbadevi and Jhaveri Bazar.”

The whole controversy began when Amit Shukla, a resident of Jabalpur (MP) cancelled his food order on Zomato because the deliveryperson was a “non Hindu rider”. In the chat support, he reasoned that he follows “shrawan” because of which he won’t accept delivery from a Muslim rider. After ranting about not getting a refund from Zomato, the food delivery app replied: “Food doesn’t have a religion. It is a religion.” Afterwards, Zomato CEO Deepinder Goyal also said that the company wasn’t sorry to lose any business that came in the way of “our values”. 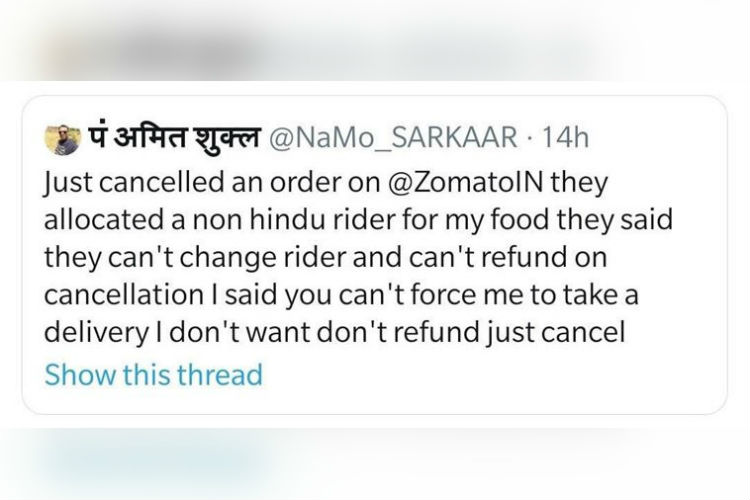 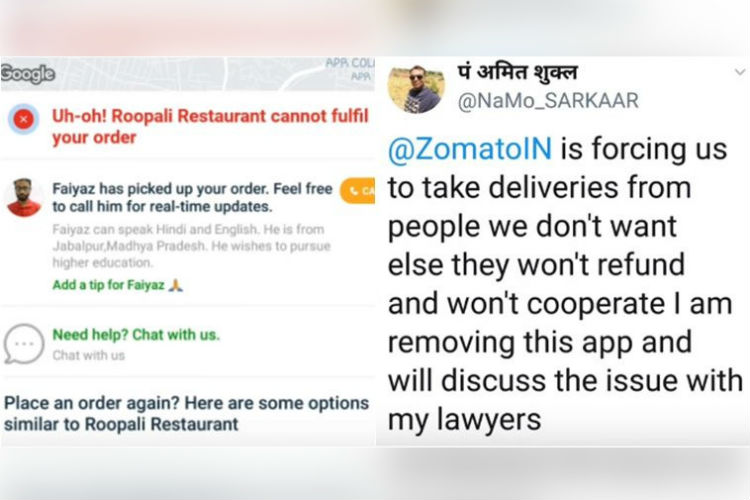 Netizens started using “#BoycottUberEats” on Twitter after they posted a tweet extending their support to Zomato. UberEATS’ message of solidarity drew some angry reactions with some users saying that they will boycott both UberEATS and Zomato.

Actions against the customer

Jabalpur Superintendent of Police Amit Singh initiated a probe into the incident. According to reports, Singh has put Amit Shukla under surveillance on violating constitutional provisions whereby he can’t commit acts of untouchability and against religious harmony. Singh also told PTI that the police had sought an undertaking from Shukla that he would not spread religious hatred and was warned that he could be jailed if he did anything ‘divisive’ in the next six months.

In a separate incident, Gorakhpur tehsildar has also served a notice to Shukla and has ordered him to give a reply in person.