Editor-in-chief of The News Minute, Dhanya Rajendran found herself at the receiving end of a barrage of criticism only because she criticised Shah Rukh Khan, Anushka Sharma starrer Jab Harry Met Sejal and compared the experience to that of Tamil superstar starrer, Sura.

On August 4, Rajendran tweeted saying that she had walked out of the theatre after watching Vijay’s Sura till interval and that Jab Harry met Sejal had managed to break that record since she could bear the movie till the interval either. Now, it must be noted that Jab Harry Met Sejal which has been directed by Imtiaz Ali opened to poor critic reviews and have been criticised for not having a good script. Rajendran came under heavy fire from the fans of Vijay slut shamed her and bullied her within minutes of her posting her own opinion of the film on Twitter.

The Bangalore-based journalist was called names on Twitter with Vijay’s fans asserting that the woman deserved all the hate and insults she was receiving. Vijay fans also started a Twitter trend with #PublicityBeepDhanya and collectively spewed hatred on Twitter.

This, despite her mentioning about the incident that occurred 7 years ago when Sura hit the theatres. She was blatantly abused and threatened on Twitter just like most women being abused for voicing her opinion.

Following are just some of the criticism she received: 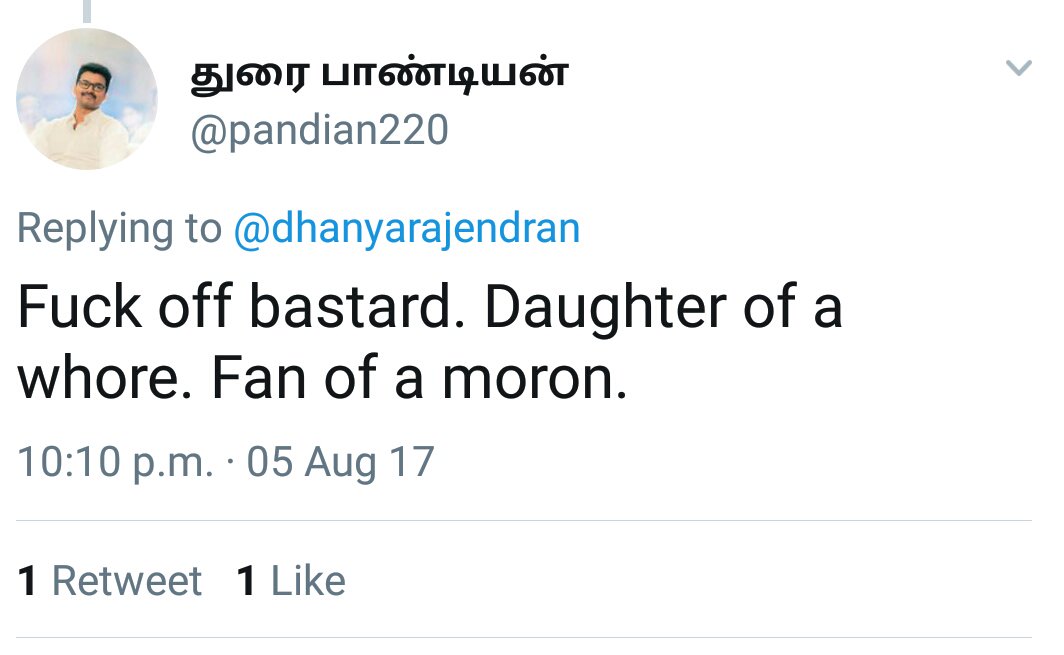 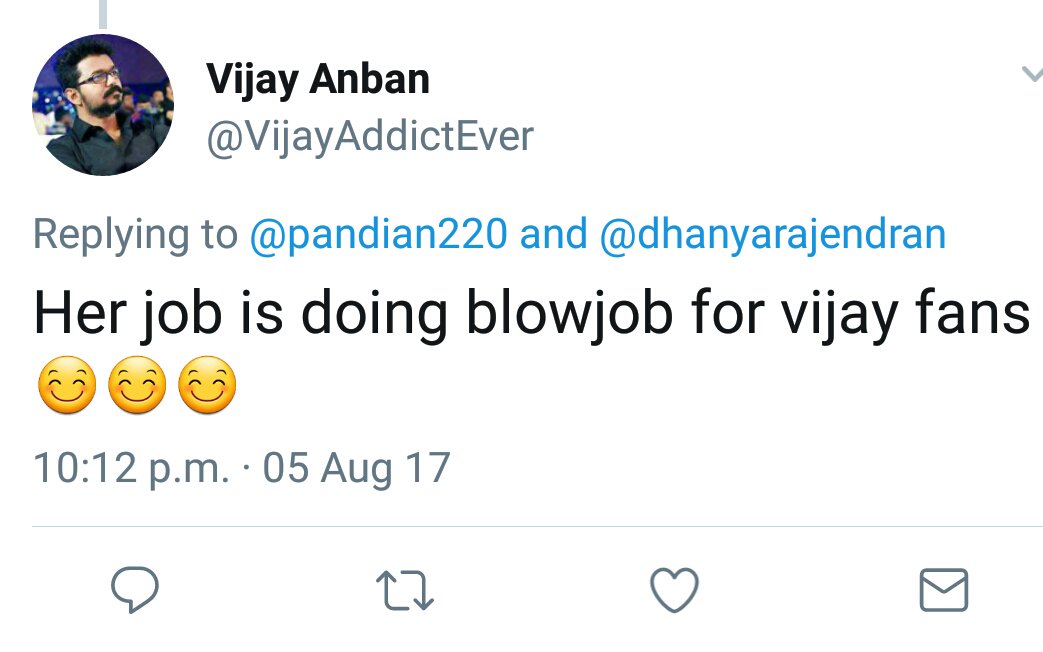 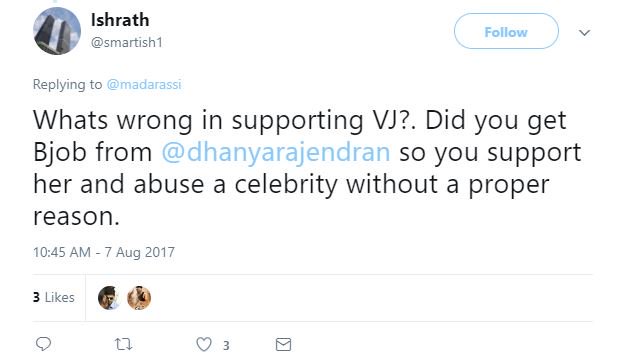 For Every Action There Is An Equal And Opposite #Theri Reaction! _#PublicityBeepDhanyahttps://t.co/KAKxykoThe

#PublicityBeepDhanya#Vijay is 1 star who has succeeded big inspite of criticism ! No day u can bring him down & v wil never let him down _

However, Dhanya bravely called out to the trolls and gave it back to them with her fearless response.

People can have an opinion. Performers respect that, they are in a public arena, Fans should too. Leaving with some screenshots pic.twitter.com/0QcgdBo9dm

I said I didn’t like a movie. Big deal. I didn’t call any of u prostitute, ask you to send nude videos or give a BJ. You guys are doing that

“Ok. Got other things to do in life. Abusers can go on. August will see the Veerashaiva Lingayat issue gather steam. Two big rallies planned,” she said on Twitter.

“So, bullying and abusing a woman is not a brave thing to do. And it is sad to think these are people living among us,” Dhanya said in another Tweet.

She also pointed out that the abuse was planned and organised.

And then at 6.05 pm, the same handle tweets the hashtag. An organised activity pic.twitter.com/5YNI0EuHai

She further asserted that she had spoken to the Chennai Police Commissioner who advised her to take some screenshots and register a case.