Even as Kashmir continues to be on the edge from the past five months, Jamaat-ud-Dawa Chief and 26/11 Mumbai attack mastermind Hafiz Saeed on Thursday donned a Kashmiri Pheran to show “solidarity” with the people in Pakistan Administered Kashmir.

Saeed was gifted a pheran by some unknown Kashmiri at a joint rally of militant groups hosted by the JUD in Muzaffarabad town of Pakistan Administered Kashmir. 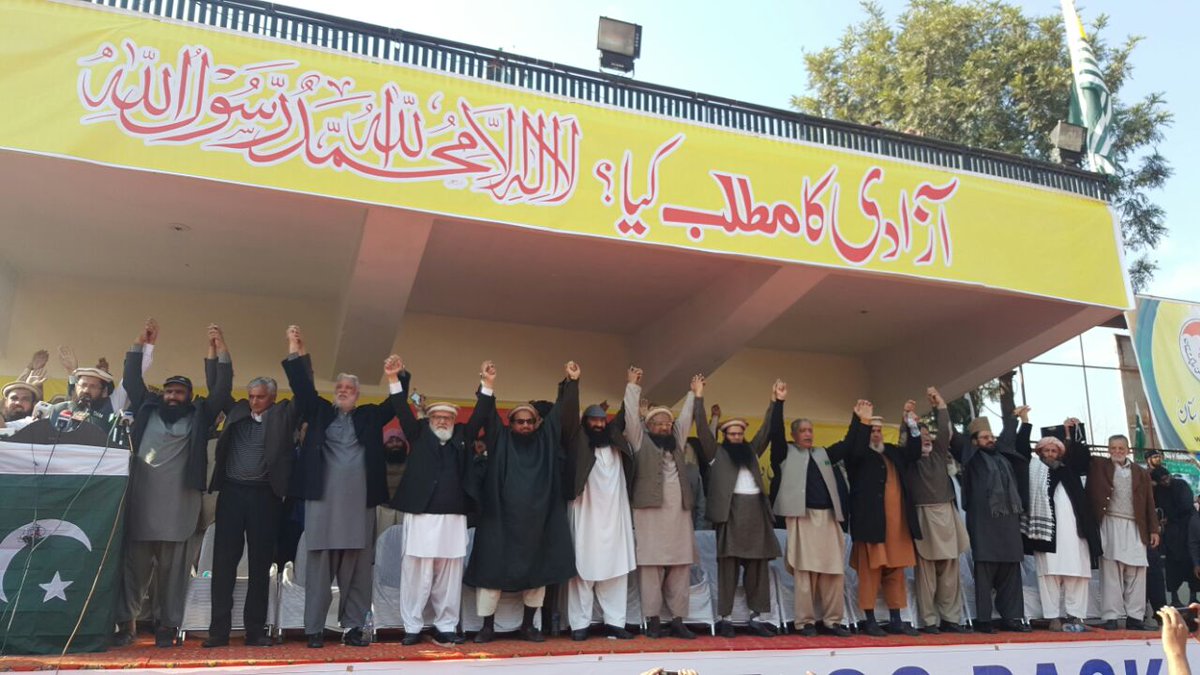 Joining hands for a photo session, the militant group members said they were, “committed to the cause of Kashmir.”

Among the most-wanted militants operating from Pakistan, Saeed is seen as a key handler of militancy in Kashmir. Telephonic conversations tapped by intelligence agencies in India recently exposed that Saeed was in direct contact with slain Hizb commander Burhan Muzaffar Wani.

Saeed is believed to be mentoring many of the top militant commanders in Kashmir.  As per intelligence operatives, his latest stunt of donning a Pheran seems to be a coded message for the armed guerillas.

On October 1, a day after India said it had conducted surgical strikes on terror launch pads in POK, the Jamaat-ud-Dawa Chief threatened that Pakistan would “show India what surgical strikes are”, and not even the US would be able to prevent them.

Since then, Saeed is often seen addressing militant rallies in POK. He is believed to be the mastermind behind Uri attacks and the attacks on other Army installations in Jammu and Kashmir.