In a technology-driven world, where internet has blessed us with a variety of jugaad on almost everything related to modern-day life, restrictions on use of social-media platforms are expected to prove counterproductive. But in a restive Kashmir, the recently imposed ban on services like Facebook and Twitter is proving more ridiculous than what it was expected to be.

Within a week of the imposition of formal ban on the access to as many as 22 popular social media websites, net users are managing to get back to their favorite platforms, and operate more actively than before. It is because of proxy servers like Tor and apps like Snap VPN, which are providing easy access to the banned sites with a mere touch.

Internet users in Kashmir seem to have started a never-before campaign to inform each other on how to stay connected to social media through jugaad. The result is that thousands of users continue to get back with each passing hour. 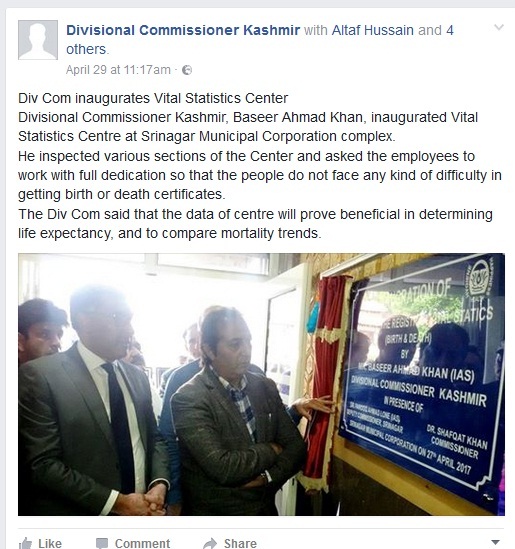 Ironically the government functionaries, who were expected to respect the ban are themselves violating it, that too publicly. The office of the Divisional Commissioner Kashmir, Baseer Ahmed Khan is active on his official Facebook page. The page has been posting updates of various events he attended since the day ban on social media was imposed. 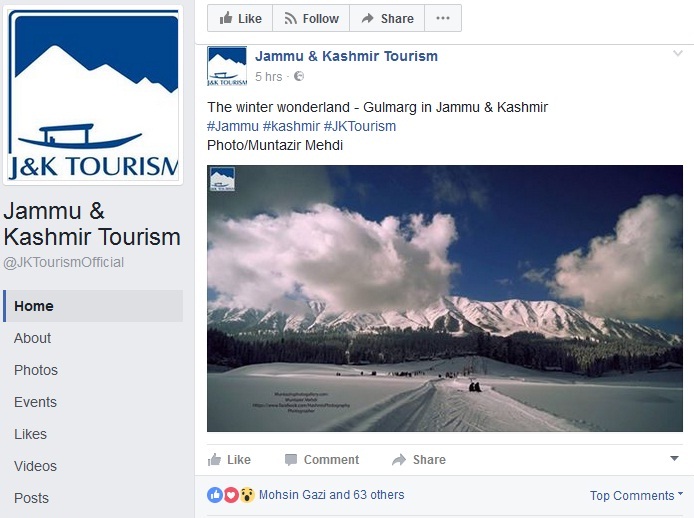 The Facebook page of Tourism department has equally updated pictures of Kashmir. Likewise Minister for Rural and Development and Panchayat Raj, Abdul Haq Khan has uploaded a video of the review meetings he chaired in the Valley.

Defending the use of social media, a senior official says when common people are able to defy ban without much of efforts, why shouldn’t government functionaries do so? “See social media connectivity is need of the hour. If access to proxy resources is easy for one and all, why cannot we use it?” said an official, asking not to be identified. 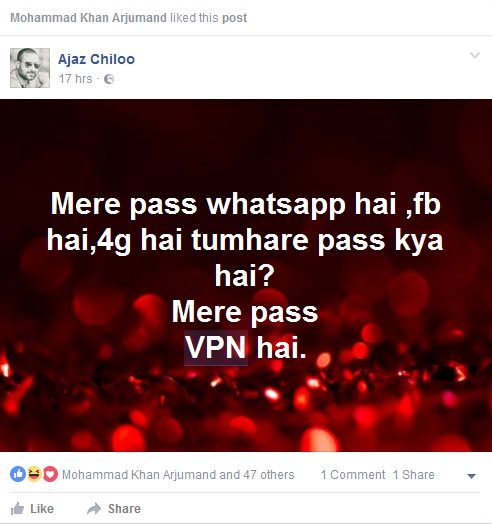 But the proxy access to the blocked websites has left the government embarrassed while officials have said that “the internet speed will be reduced to check the menace.”

What all may be curbs on internet access in Kashmir, as of now it’s a ridiculous breach of government orders. The ban on social media reminds many of popular dialogue from yesteryear blockbuster Sholay, wherein Asrani who plays the jailer says: Hum Angrezon Kay Zamanay Kay Jailier Hein. Hamari Jail Mein Surang?

Call it a fact or a coincidence, social media has been banned via a British era act and thus enlivens the iconic ridicule: Jail Mein Surang!