Adding yet another chapter in its ongoing success story, Indian Express Digital, has become the number 2 digital media group in India. One of India’s leading digital publications has achieved the number 2 position as per comScore data of December 2016. The milestone marked nearly threefold increase in platform traffic for IE Digital, in last eight months. The data, revealed in comScore’s December 2016 report, underlines IE Digital’s position as the fastest growing digital media group in India.

Almost all offerings for IE Digital performed impressively across multiple platforms, according to the comScore report. Indian Express emerged as the second most popular English newspaper website in the country, behind only Times of India, while Financialexpress.com, IE Digital’s finance-focussed offering, occupied second position in finance and business news category. The group has made an outstanding achievement in social engagement too. 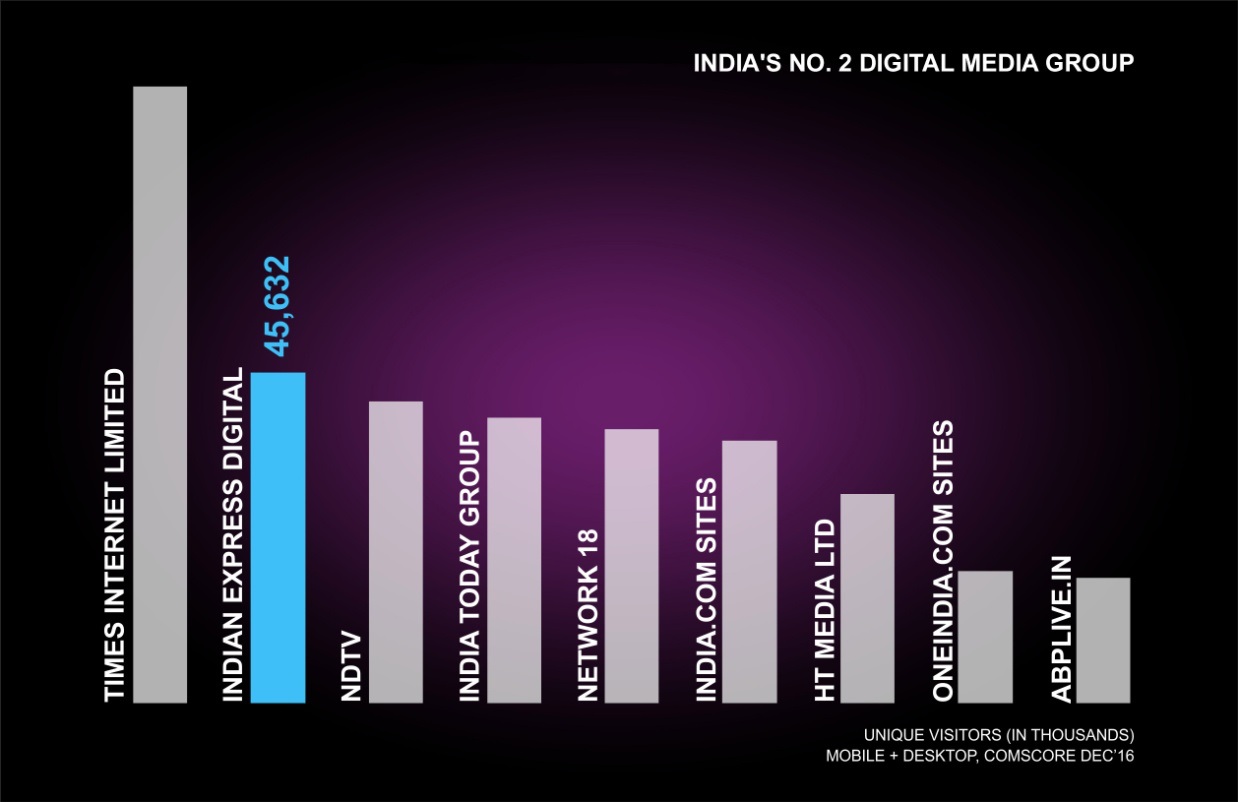 This commitment towards enhanced readability and engagement is also why IE Digital’s regional/vernacular offerings have gained massive traction. Its Marathi news portal, Loksatta.com, was ranked No.1 in both ‘desktop’ and ‘mobile’ category for the month of December by comScore, retaining its position as the undisputed leader in the region’s vernacular media. Jansatta.com, its Hindi news portal, registered 12 million unique visitors in the month of December, is the fastest growing Hindi news site in the country; beats livehindustan.com and Patrika.com.

Speaking on the achievement, Sandeep Amar, CEO, Indian Express Digital, said, “Indian Express Digital has integrated journalistic excellence with state-of-the-art technology tools to deliver the most credible and engaging news media experience to today’s connected generation. The exponential growth in user traffic that we’ve witnessed in the past few months is a testimony to the superior quality of our online offerings. Through our strong growth on social and innovative storytelling format, we are ensuring that our readers get access to the most relevant news items in a clutter-free environment.”