In light of reports of “hundreds of religiously motivated killings”, the United States has accused Indian authorities of not prosecuting gau rakshaks or cow vigilantes who attack Muslims, suspected of cow slaughter or beef consumption.

As per the State Department’s International Religious Freedom report, “authorities often did not prosecute violence by vigilantes against persons, mostly Muslims, suspected of slaughtering or illegally transporting cows or trading in or consuming beef.” The report, which was released on Tuesday, also stated, “There were reports of hundreds of religiously motivated killings, assaults, riots, restrictions on the right to practice religion and proselytise, discrimination, and attacks on property. Groups most frequently targeted were Muslims and Christians.”

Considering cow slaughter, trading or consumption of cow meat to be an attack on Hinduism, gau rakshaks “carried out several violent attacks, including killings, beatings, harassment, and intimidation,” the report stated, adding that religious minorities in the country feel more vulnerable to Hindu nationalist groups. 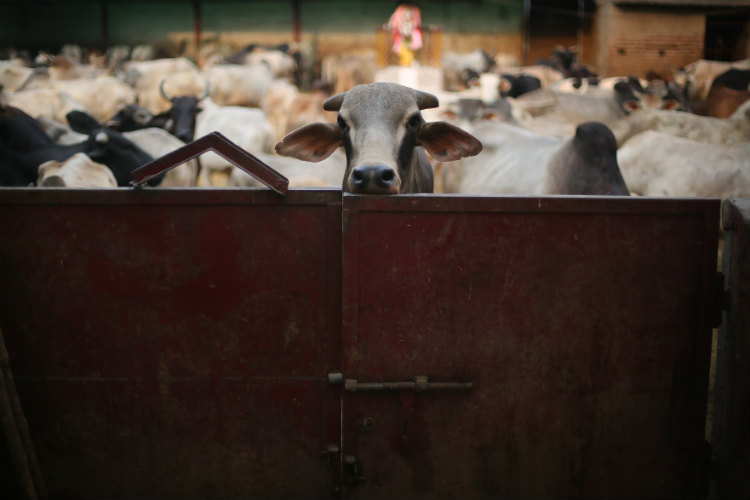 A cow at the gate of the pen at ‘Garib Gaushala’ in Delhi. (Courtesy: Express Photo/Oinam Anand)

The report also noted that the Supreme Court directed state governments to prevent and respond effectively to incidents of “cow vigilantism” and chief secretaries to report on actions taken to prevent them.

The annual report was a long compilation of mainly news reports about legislative measures considered against minority interests or incidents of violence against or harassment of minorities.

At a news conference on the report for foreign journalists, the State Department official in charge of the report, Samuel Brownback, denounced India, alleging that “there have been unfortunately a lot of religious violence that has taken place in various communities.”

“I get reports directly from individuals that are coming from India (about) violence they have experience because of who they are in their faith, and that is wrong,” said Brownback, who is a convert to Catholicism from a fundamentalist Christian sect.

He holds the title of Ambassador-at-Large for International Religious Freedom and during his erstwhile tenure as governor of Kansas, took controversial positions by legislating measures restricting abortions and opposing gay rights. 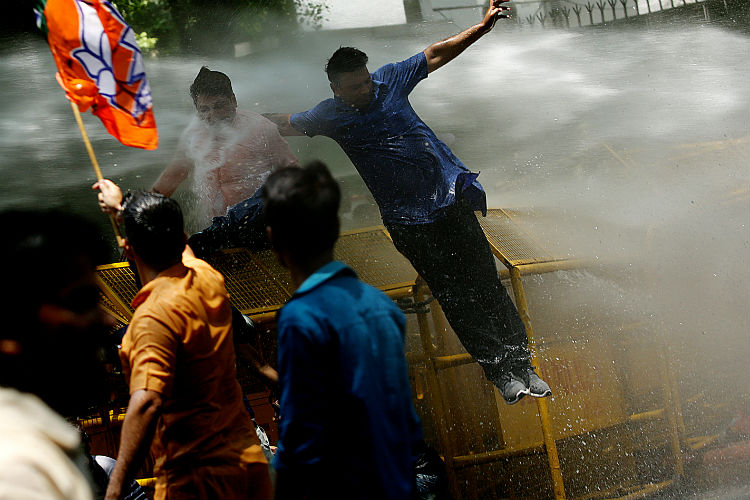 He said that within 90 days after the publication of the report a list for “countries of particular concern” would be issued for possible sanctions or other action.

“Religious minority communities stated, while the national government sometimes spoke out against incidents of violence, local political leaders often did not, and at times made public remarks that individuals could interpret as condoning violence,” the report said.

The report brought up the Supreme Court ruling the “triple talaq” divorce illegal, including it in a list of matters of concern.

“On August 22, the Supreme Court ruled the practice through which a Muslim man could divorce his wife instantly by saying the word “talaq” (Arabic for divorce) three times was unconstitutional,” the report said.

The report noted that in Andhra and Telengana, “authorities may prohibit proselytising near another religion’s place of worship”.

It raked up the case of a Christian organisation, Compassion International, which shut down its multi-million-dollar operation in India after the Indian government revoked its permission for distributing funds in India because of violations of law.

The report said, “Compassion International maintained that the government used the law to restrict the work of Christian charitable organisations”.