According to The Indian Express, 16 speakers start playing the national anthem at 8 am following an announcement, prompting the residents to stand. The move was initiated in an effort to instil “a sense of pride and patriotism in people,” the report added. Work is only resumed after 52 seconds when the National Anthem finishes.

The village sarpanch Gulshan Keena told The Indian Express, “We wanted to start this practice since last October when we heard of a similar thing in Telangana. But it took us a lot of time to arrange for funding. As a result, we were only able to execute the plan from the first week of June.” 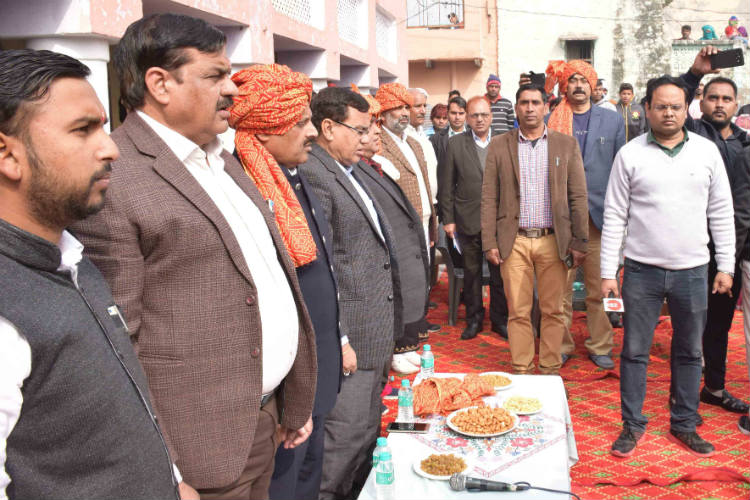 Earlier in January, the village of Bhanakpur had also installed 22 speakers, incurring a cost of Rs 2.97 lakh. As per village sarpanch Sachin Madotia, who is also an RSS swayamsevak, a similar initiative from Telangana inspired them to play the National Anthem every day — at 7 am for summers and 8 am for winters.

However, Madotia clarified that standing up for the National Anthem is not compulsory for residents. “We do not force people to stand up, there is no vigilance as such. That is their prerogative. We have just given them an opportunity to show respect for the nation,” he said.

In August 2017, it was reported that the town of Jammikunta in Karimnagar district of Telangana had installed loudspeakers to play the National Anthem, encouraging the residents to drop everything and stand as they sing along.