On April 22, a three-year-old boy in northwest Delhi was run over by an SUV being driven by his uncle. A CCTV footage of the incident showed the car hitting the boy even as the distracted driver was on his mobile phone. The child suffered serious injuries and is now battling for life at AIIMS. The accused was arrested for rash driving and negligence, but was later released on bail. 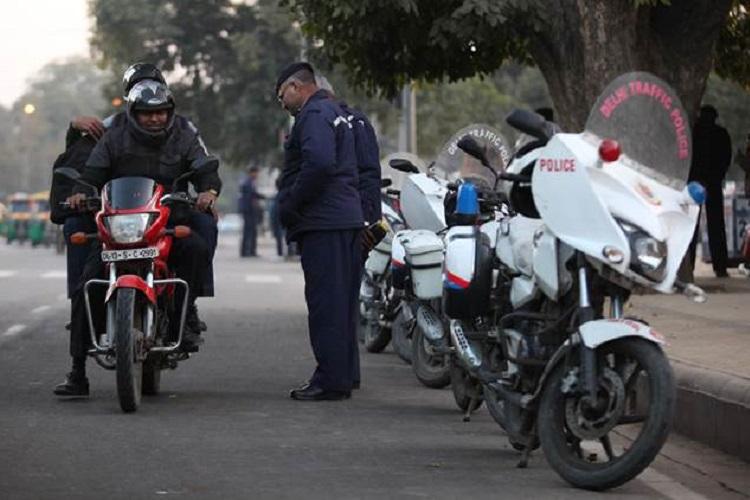 Traffic Police coordinating evening traffic at the India Gate in New Delhi, a week ahead of the proposed ODD EVEN model to be initiated in the capital to counter pollution. Express Photo by Tashi Tobgyal New Delhi 241215

A 2017 survey conducted by the foundation revealed that almost 50 percent of Delhi’s drivers illegally use mobile phones while driving out of which 20 percent ended up crashing their vehicles. As per the statistics shared by the ministry of Road Transport and Highways, 3,172 of about 1,47,000 people, who’ve died in road accidents in 2017 lost their lives due to use of mobile phones while driving across India.

People caught driving with mobiles phones are fined Rs 100 even though the amended penalty as per the Motor Vehicle Act is Rs 5,000. The usage of hands-free bluetooth devices is equally dangerous, and is liable for prosecution. But the police officials say that catching defaulters red-handed is the most challenging task for prosecution.