Members of Delhi’s National Students Union of India (NSUI) on Monday stopped the Delhi metro to stage a protest against proposed fare hike that may take effect from October 10. The incident occurred at Delhi’s Vishwavidyalaya station at about 12 pm when 4 NSUI activists disrupted the metro services by at least 10 minutes by jumping in front of the tracks.

The NSUI activists reportedly jumped on the rail tracks and raised slogans against Prime Minister Narendra Modi and Delhi Chief Minister Arvind Kejriwal. The NSUI activists have demanded that the proposed fare hike should be rolled back. “NSUI Delhi president Akshay along with two other activists stopped the metro due to the unjustified fare hike. We demand that the proposed hike be rolled back and students be provided subsidised passes,” a NSUI spokesperson was quoted as saying. 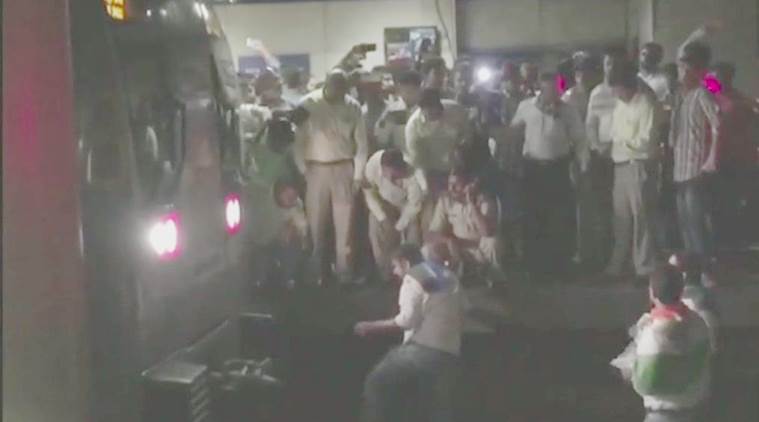 Delhi Metro has reportedly taken the decision to increase the fares to meet their input costs. “Electricity tariffs have increased by almost 100 percent, and the DMRC pays industrial tariffs. We need to meet our input costs. Nobody otherwise would like to hike fares, DMRC spokesperson was quoted as saying. The input costs include the staff costs, the cost of energy and the cost of repair and maintenance,” a spokesperson for DMRC was quoted as saying.