With the temperatures in Raipur having reportedly risen 10 degree Celsius in the last 20 years, Chhattisgarh Police has come up with a unique way for its field officers to beat the heat. The police will use indigenously developed ‘air-conditioned’ helmets.

Director General of Chhattisgarh Police DM Awasthi told PTI that around 10,000 police officers work on the field in high temperatures. He also said, “We will be using two such helmets on pilot basis. If it’s trial yields desired result, we will consider to have it for all field staff, mainly those doing traffic and security duty.”

Awasthi also says that the helmet, which has been developed in India, works with the help of a battery and a chip could turn out to be a great help to the field. Last year, a group of Hyderabad engineers developed an air-conditioned helmet for industrial use which costs Rs 8,000 per piece, and was tested for water and heat absorption, impact penetration and electromagnetic interference. 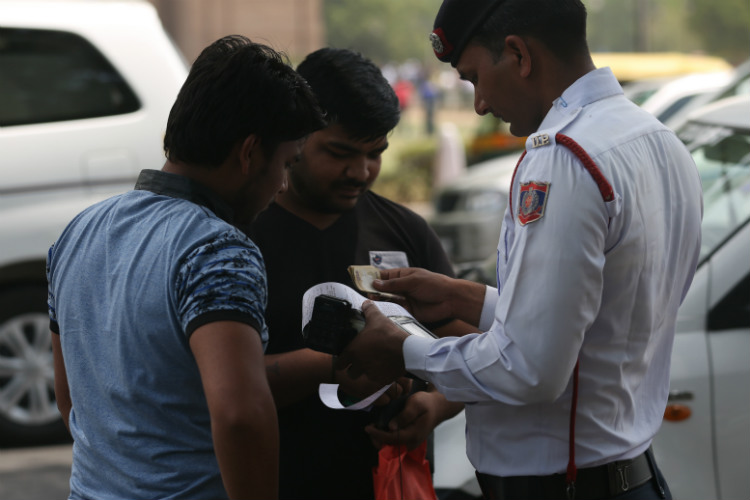 On the other hand, air-conditioned helmets on the market approximately cost around Rs 42,000 per piece, and come with an external device to the helmet that can be charged. Such helmets usually use thermo-electric technology and convert stored water into cool air.

The traffic police personnel are one of the worst affected people from the rise in temperatures with most of them performing the duty for at least 8 hours, as per Punjab’s former health minister Laxmi Kanta Chawla. Though kiosks have been set up in various cities for traffic cops to take shelter in, they are usually made of iron and corrugated steel roofs, which increase the temperatures. A constable in Jaipur told TOI, “The nature of police duty across the country is the same. We have over eight to nine hours of average duty hours every day. There is no point lamenting over it.”