BJP MP Varun Gandhi, the estranged cousin of Congress vice president Rahul Gandhi, does not view dynasty politics with the same rose-tinted glasses as his sibling. Varun, who was in Guwahati for an event recently, took on the issue of nepotism and dynasty politics with an ease an honesty that is unfortunately not often seen in politics. “I am Feroze Varun Gandhi. If my surname was not Gandhi, would I have become an MP at the age of 29?”, said the MP from Sultanpur, Uttar Pradesh.

This, of course, is pleasantly different view from the that of Rahul Gandhi, who in his two-week visit to the US in September, 2017, told the students of the University of California, Berkeley:

“Most parties in India have that problem So…Mr. Akhilesh Yadav is a dynast. Mr. Stalin [son of M. Karunanidhi in the DMK] is a dynast… even Abhishek Bachchhan is a dynast. So that’s how India runs. So don’t get after me because that’s how they India is run. By the way, last, I recall, Mr. Ambanis are running the business. That’s also going on in Infosys. So that’s what happens in India,”

Rahul’s comments drew the ire of several BJP ministers as well as that of social media. In the light of Rahul’s myopic viewpoint, Varun admission that his surname bought him an easy ticket into politics is a welcome change.

But this was not the only highlight of Varun’s speech. Here are five key takeaways: 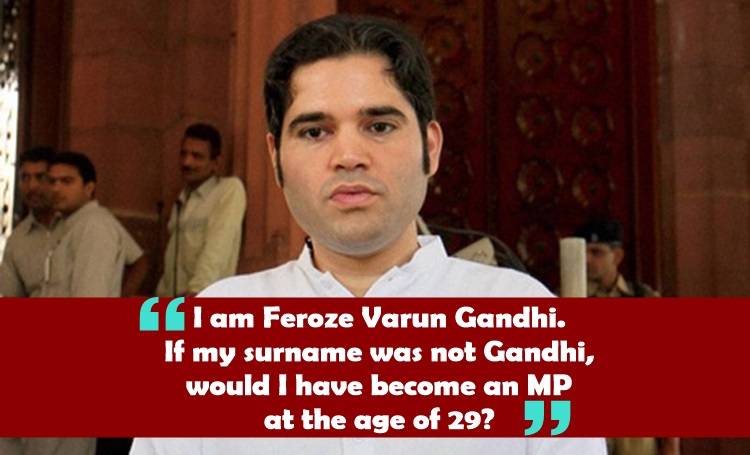 2.  Is this Varun Gandhi’s subtle dig at not just dynasty politics, but communalism as well? 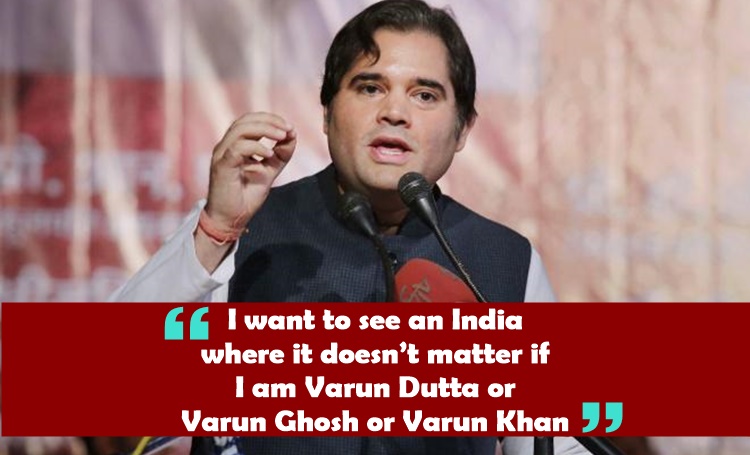 3. Right to Recall: RTR was introduced by Varun Gandhi in the Lok Sabha in March, 2017. The bill proposes an amendment to the Representation of the People (Amendment) Bill, 2016 whereby if dissatisfied with the chosen representative, people can file a petition ‘signed by one fourth of the total electors’ before the Speaker to have the MP/MLA recalled. 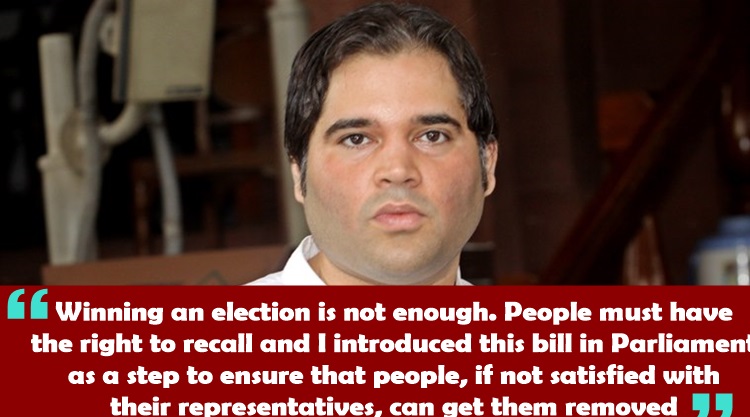 4. On the need for equal opportunity 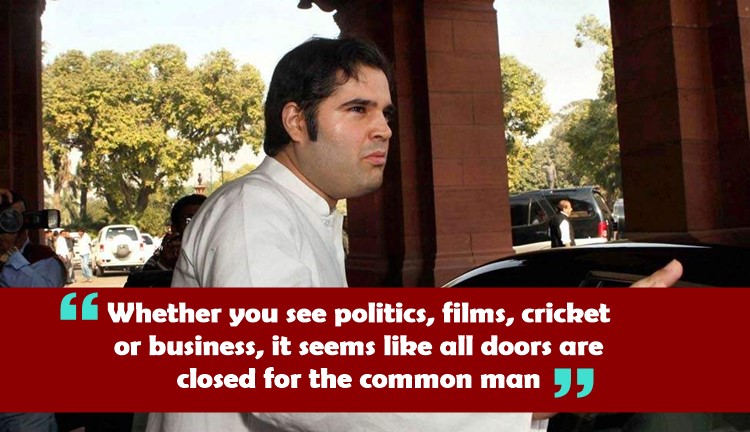 5. On Hindustan – and all that it entails 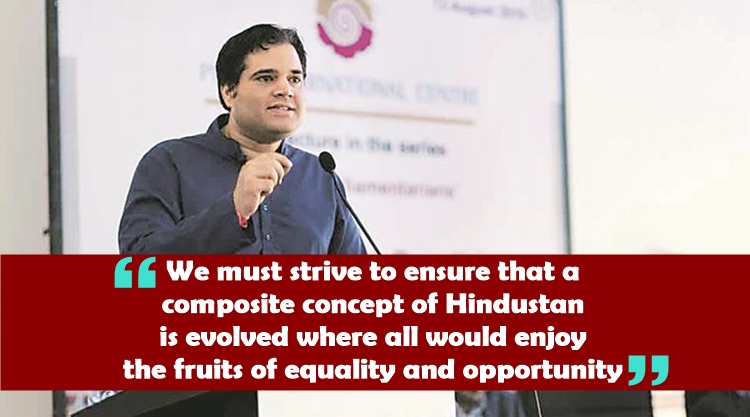 Twitter, never one to miss out on political commentary, had this to say:

BJP might sack you for this comment. BJP doesn’t believe in equal opportunity to all. Our motto is profit of BJP at the cost of India.

So resign and give an opportunity to another person to contest from your seat. No point preaching

You were given opportunity for “You are the SON of Maneka Gandhi”~ Mama influence that clicked! One part is good that you seek equal opportunity for all! That’s the real spirit of INDIANS!

Renounce your pol life acquired thru privelege Mr @varungandhi80 and work towards building that India. Homilies are not enough.

At least someone in BJP camp believe that he won the election not because of Modi.