Do you know about Munivahana Utsavam? The ritual aims to put an end to discriminatory practices against the marginalised sections of the Hindu society, through sensitisation.

A priest in Andhra Pradesh will perform this ritual on 14th June. Kalyanapuram Vijaya Kumar, priest of the Satyanarayana Swamy Temple in Cudappah will carry a Dalit devotee on his shoulder and take him to the temple. The devotee, Kullai Chinna Narsimhulu is from Gandhipuram Diguva Harijana Wada of Madanapalli of Chittoor district. The programme is an initiative of the Temple Protection Movement, the Hindu Devalaya Pratishtana Peetham and the AP Archaka Samakhya, along with other bodies, according to a report in The Hindu. 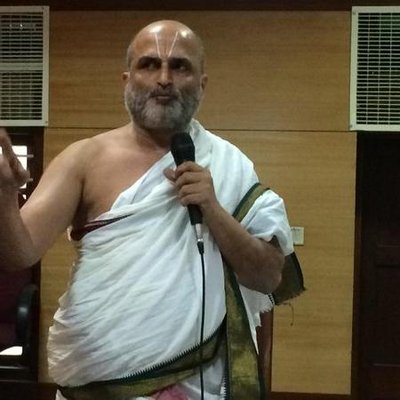 Inspired by CS Rangarajan of Hyderabad, priest in Andhra Pradesh will carry Dalit devotee into the temple

Another priest in Hyderabad, CS Rangarajan had performed the ritual in April earlier this year. He had carried a Scheduled caste devotee (SC), Aditya Parasrifrom from Mahabubnagar into the temple on his shoulders. Rangrajan said “Several priests have shown interest in re-enacting the ritual to show that everybody, irrespective of their caste and creed in Hindu society, are equal before God. So, Vijaya Kumar, too, has come forward to hold a similar ceremony”, according to the Hindustan Times.

Amidst Vedic chanting, CS Rangarajan, Head Priest of the Lord Balaji Temple in Chilkur, carried Aditya Parasri, a person from a backward caste, on his shoulders into the temple.

He enacts a 2700 year old ritual that spreads the message of equality!

This is my India! pic.twitter.com/vmhSK8xJzA

“I wanted to show that everyone is equal in the eyes of god” -the priest, CS Rangarajan#LoveWins @MicahInstitute @PeterHeltzel pic.twitter.com/32Htj7zosO

Talking to The Hindu, Rangarajan had also said, “The ritual is aimed at sensitising the people and stopping ill-treatment to persons belonging to the downtrodden Hindu brethren of the SC/ST community, we want to perform the ritual coinciding with the 1000th birth anniversary of Saint Ramanujacharya.”