Once jailed after conviction in a case of theft and assault in 2004, Govind Singh is now inspiring the other jail inmates on how to reform themselves. He was jailed in 2004 and sentenced to 10 years for beating up a man and sending him into coma for a month, and also for stealing gold and cash. But now, Govind is working as the project coordinator for India Vision Foundation (IVF).

Recalling his tenure as an inmate, Singh said that he felt idle in jail as the other inmates would spend all their time planning and plotting, trying to motivate each other to join hands and undertake other crimes after being released. I knew that to keep myself together, I needed something to stay busy,” he said.

It was then that he realised that he should develop “some skills” so that he could get a job after being released. Singh began working in the prison mess in 2013 but in 2014 he took up the classes by the IVF to transform his life.

“My curiosity was aroused when I heard about the classes (offered by IVF). When I discovered they were offering dance classes, I signed up,” Singh said recalling how it changed his life. He was soon named a “peer leader” and was made responsible for ensuring that the classes went smoothly. 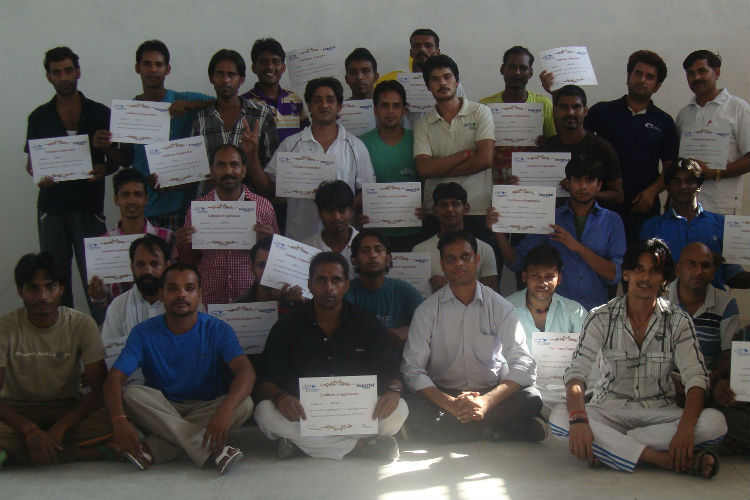 Govind Singh works as the project coordinator at Faridabad prison

When he stepped out of the jail, life was not easy for him. he had to fight the prejudices of people around him. However, IVF offered him a job as a project coordinator after he was released. He now lives in Govindpuri with his wife and travels to Faridabad prison daily to ensure sure that classes are carried out properly and arrangements are made for the project coordinator beforehand. He is also tasked with the work to ensure that inmates attend these sessions on a regular basis and also to motivate more people to join the classes.

Govind Singh works as the project coordinator at Faridabad prison