The world’s second biggest congregation after Kumbh Mela, the Gangasagar Mela is an annual holy pilgrimage that takes place in West Bengal’s 24 South Parganas district. Each year during Makar Sankranti, millions of devotees come to take a dip in Ganga at Gangasagar (where the river meets the Bay of Bengal).

But for the past few years, the authorities have been confronted with problem which is not entirely unpredictable. Like in Uttar Pradesh’s Varanasi and Allahabad (Kumbh Mela), where some families come to dump their oldest members, Gangasagar is slowly emerging as a dumping ground of the old and the invalid.

However, like last year, this year too the authorities at the Gangasagar mela have collaborated with Kolkata’s West Bengal Radio Club (WBRC) to reunite the lost with their families. 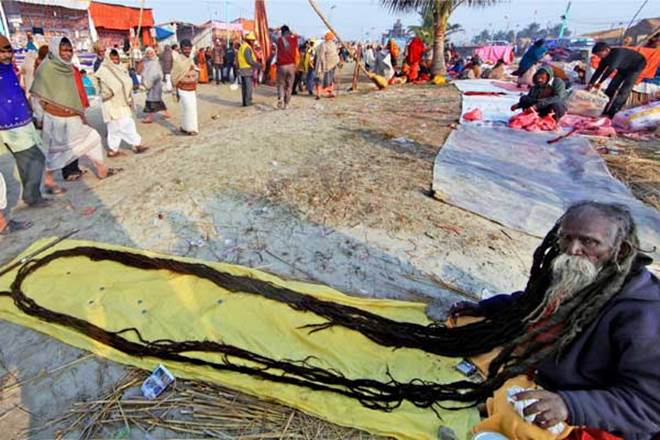 WBRC is a not-for-profit organisation based out of Sodepur, Kolkata, which ‘uses radio communication equipments to communicate with other radio amateurs for public services, recreation and self-training.’

Last year, at least nine elderly pilgrims were left behind during the mela. The authorities took help of the amateur radio operators at WBRC, and were able to reunite nine people with their family. IG Ajey Ranade told a leading daily that they were also seeking help from police officers of other states as well.

Speaking to the Indian Express about taking WBRC’s help last year, one of the mela officials said:

“Every year, a number of people get lost and it is always a major problem for us. Every year, we take precautions and change our tactics, but the sheer scale makes instantaneous connections very important. So we collaborated with WBRC and they helped us tremendously.”

Talking about the problems being faced by the authorities, Ambarish Nag Biswas, WBRC secretary told the Times of India:

“Language is a major barrier as people come to the Gangasagar Mela from various parts of the country. Now, we have started sending video messages across our network. We inform other amateur radio operators and send them the video clippings.”

WBRC has developed a website (www.myham.in) this year, which will help people locate their missing relatives. The website has a facility where lost people can record voice messages.