Despite major unrest in the state of Jammu and Kashmir, nine Indian Institute of Technology (IIT) aspirants managed to crack the IIT Joint Entrance Examination (JEE) Advanced 2017 after undergoing coaching with the Indian Army. Amid stone pelting and disturbance in the valley, 40 students were being taught by the Army for admission in any of the IITs across the country.

Meanwhile, 28 students out of Army’s Super-40 belonging to the army’s coaching institute cleared the IIT JEE mains this year. According to reports, Army chief General Bipin Rawat also met the students who cracked the exams and congratulated them for their achievement.

“This Super-40 batch has been in existence for the last three years.’In the first year, not one student from the batch could crack JEE. Last year, 30 students from the batch took the JEE Mains. Out of them, 25 students cleared the JEE Mains and seven cleared the JEE Advanced,” Times of India quoted Meenakshi Shai, Chief manager of the Army’s Super-40 batch project (CSRL) as saying. She further affirmed that they hoping that the numbers would increase in the coming future. 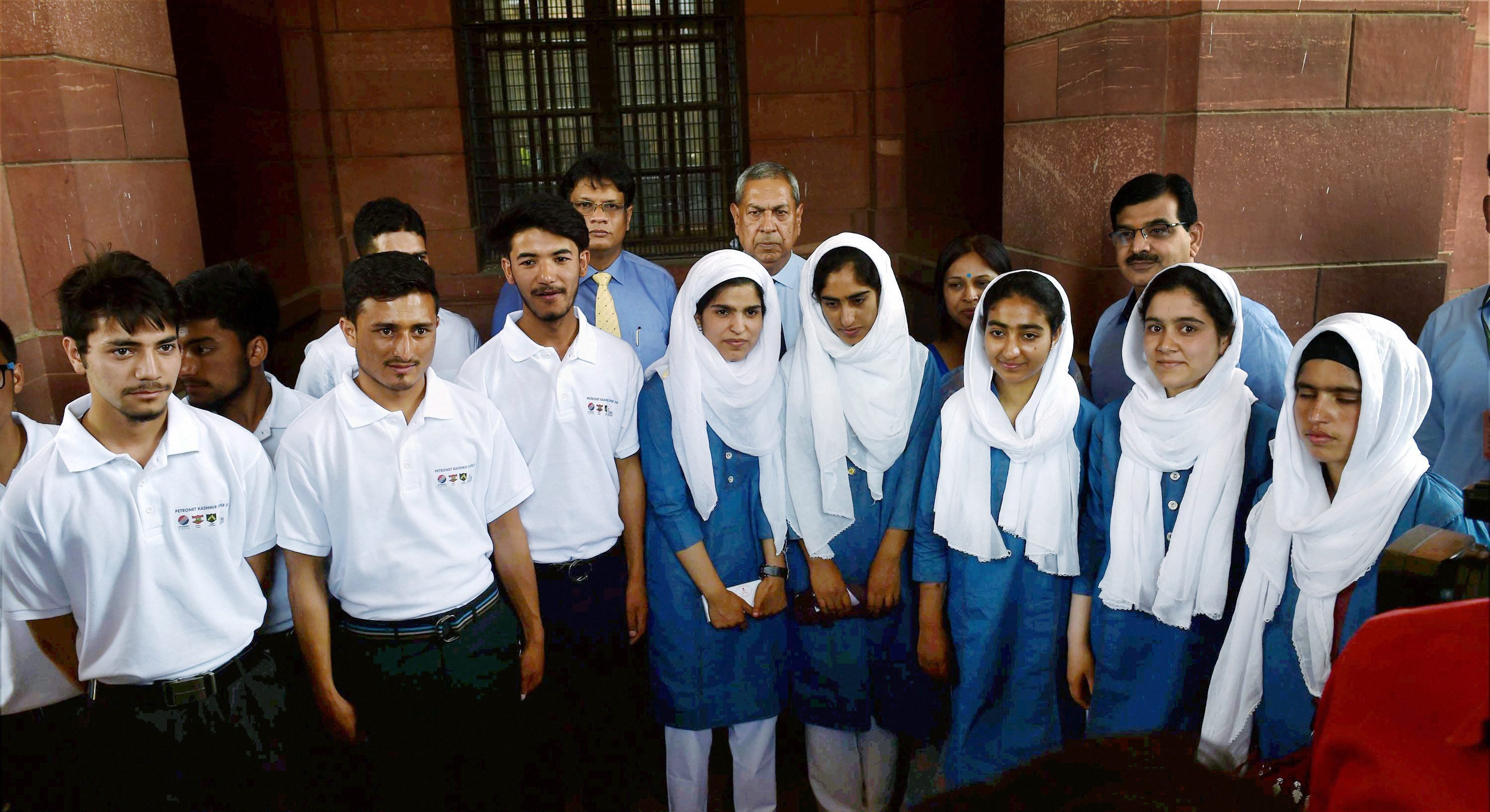 New Delhi: Students from J&K of Kashmir Super-40′ helped by the Army to prepare for IIT-JEE exams, during their meeting with Army Chief Bipin Rawat (not seen in pic), at Defence Ministry in New Delhi on Tuesday. Among the 40 students, 28 have cleared Mains and 9 Advanced exam 2017. PTI Photo by Shahbaz Khan

IIT JEE Advanced 2017 Results were released on June 11 on the official website of the entrance exam. At least 1.7 lakh students appeared for the exams. The IIT aspirants were fighting out for over 11,000 seats that would be made available in the 23 IITs in different parts of the country.

Chandigarh’s Sarvesh Mehtani topped the IIT JEE exam by securing 339 our of 366 marks. Meanwhile, Pune’s Akshat Chugh and Ananye Agarwal from Delhi took the second and third position in the advanced entrance exam which is considered as one of the toughest exams for the admission into IITs. IIT Madras who were the organisers of the exam announced the all India ranks and category wise rank details on the candidates on their official website.