While you are busy obsessing over trivial things, a group of kids in Chennai is preparing to launch a private lunar mission, touted as the first-of-its-kind in the world. The brains behind the mission is Space Kidz India (SKI), a team of young scientists who had, last year, developed the world’s lightest and smallest satellite, ‘KalamSat’ that was launched by NASA.

Mission director of the Chennai-based Space Kidz India (SKI), Srimathy Kesan said the mission aims to provide a platform that will instill confidence among kids so that they can “ask for the moon”.

Describing the project Ms Kesan also added, “It is going to be the first ever 3-D printed rover, as light as 2.5 to 3 kg,” “The 3D technology has various benefits and that is why we wish to build the rover with the same technology.” 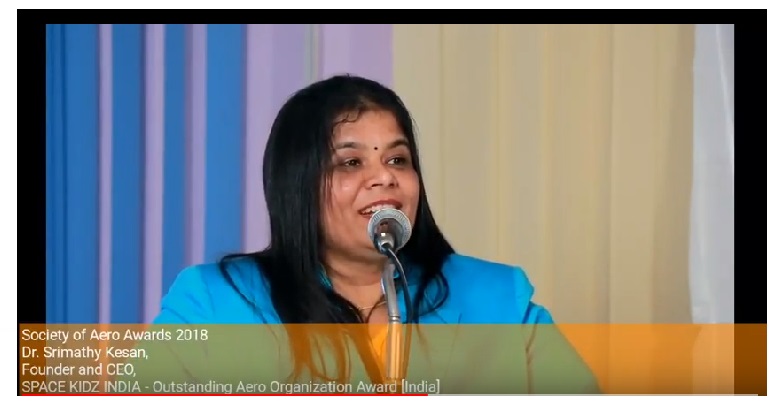 Mission Director of Chennai based SpaceKidz, Srimathy Kesan said the mission aims to provide a platform for kids to inbuilt confidence in themselves so that they can “ask for the moon”. Credit: YouTube/Wings of Aero

Mission Director of Chennai based SpaceKidz, Srimathy Kesan said the mission aims to provide a platform for kids to inbuilt confidence in themselves so that they can “ask for the moon”. The mission is expected to be launched before the end of next year with a budget of Rs 250-300 crore.

Despite the requirement of a lot of funds, Kesan was confident that philanthropists, who understand the importance of encouraging young Indian minds in their pursuit of science would pitch in.

While the basic design of the rover was presented at IIT Bombay, a final design and other tasks, before they can zero in on the aspects of the launch vehicle are yet to be completed. 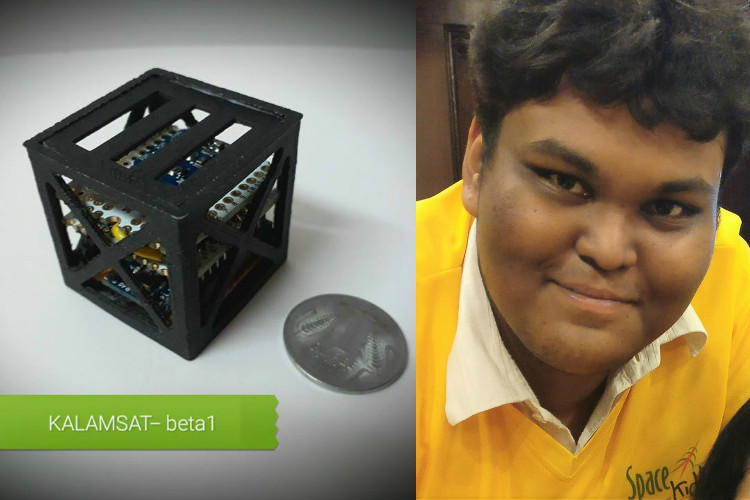 This team of Chennai-based Space Kidz India scientist led by Rifaath Sharook had earlier in 2017 developed ‘KalamSat’ named after former Indian President the late Dr Abdul Kalam, claimed to be the  world’s lightest and smallest satellite

The mission has been introduced at a time when top scientists at ISRO have been preparing to launch their second moon mission, Chandrayaan-2.

This team has another significant achievement in its kitty when last year a seven-member core team led by Rifaath Sharook developed the ‘KalamSat’ satellite. It has been named after former Indian President late Dr APJ Abdul Kalam.

The satellite’s claim to fame is through the fact that it’s the world’s lightest and smallest satellite, weighing about 56 gram. The satellite was launched by NASA and, incidentally, Kalamsat was the only Indian payload in the launch mission that took place from NASA’s facility in the Wallops Island.

“It’s a 3D printed satellite. It is for the first time that 3D printing technology is being used in space. We have made history. The world’s smallest satellite has been launched in space. It was not possible without my team,” Sharook told ANI.