When Vidya MR, a government employee, went to the Central Railway Station in Thiruvananthapuram to receive her friend, little did she know that a regular trip to the station would eventually help a retired school teacher escape beggary and would reunite her with her old students.

Vidya, on November 5, was waiting for her friend outside the railway station when she noticed a homeless woman plucking fruits from a tree. The lady was carrying polythene bags, plastic bottles and old clothes. Disturbed, Vidya decided to speak with the woman and inquire about her family. 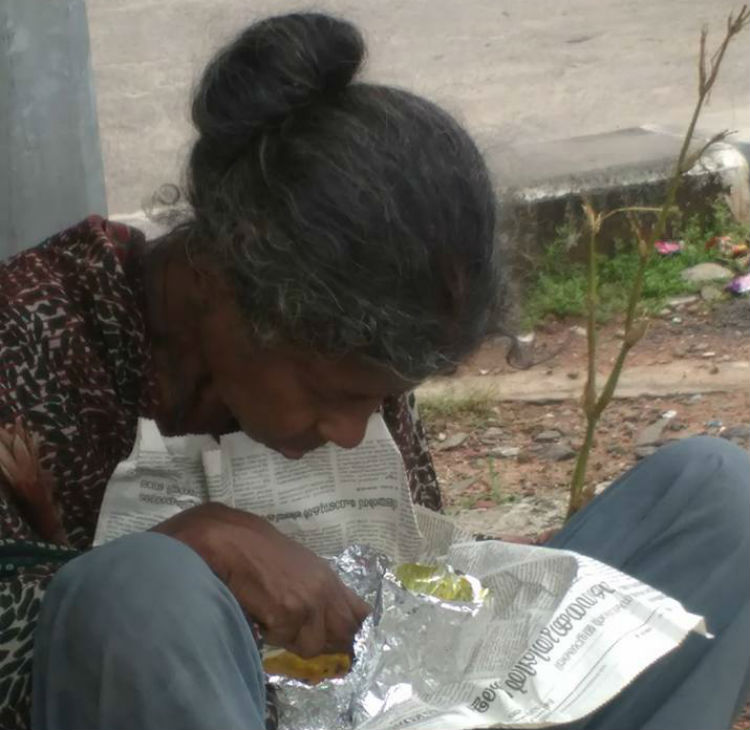 She approached the elderly woman and asked if she was hungry, to which the woman said, “No”. Nonetheless, Vidya went to a nearby restaurant and bought her idli and vada.

She was wearing unwashed clothes and looked mentally derailed. There were a couple of polythene bags with her containing water bottles and old pieces of clothes. I saw her plucking and eating small fruits from the nearest tree, so carefully as if she did not want a single leaf to fall down because of her.

While the elderly woman ate, Vidya started a conversation with her. Soon Vidya realised that the abandoned woman was educated and that she was a former maths teacher at Islamic Public School in Malappuram district in north Kerala.

Appalled at the dire state of such an educated woman, Vidya decided to locate her family. Vidya clicked her pictures and posted on her Facebook account, detailing the heart-wrenching encounter with the retired teacher.

Here are a few translated lines from Vidya’s post:

“As I looked on, the teacher, carrying her old polythene bags, slowly disappeared into the crowd. I am not sure whether her version is fully true or not. But, one thing I am sure about is that she is not a mad woman on the street. She is, indeed, an educated woman! If what she said is true, I wish if someone from her Malappuram school recognizes her….”

The post received an overwhelming response from the retired teacher’s former students. She was identified as Valsa. Many students even travelled all the way to Malappuram to take care of her.

However, Valsa politely refused to go with her students. She declined the offers, revealing that she was waiting for her husband and son to arrive and would only go with them. 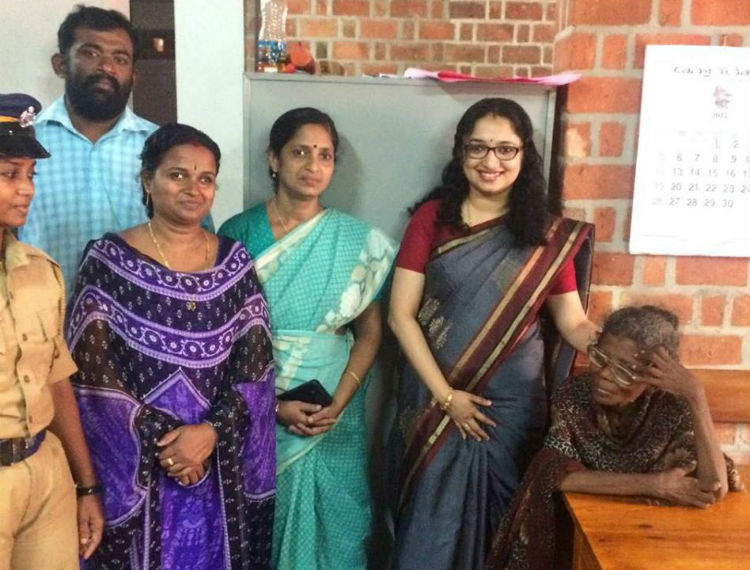 Sayahnam houses people who have been thrown out of their homes or have been abandoned by their children.

We have found her sister and relatives. But, we are yet to find her son and husband. A suo moto case has been registered against her relatives and hearing in this will take place within a month.

While Vidya’s presence of mind is commendable, the fact that an elderly woman was mercilessly abandoned by her own family and left to fend for herself is disturbing and painful. We hope she is reunited with her family at the earliest.