Over 20 hospitals from across South India have offered to conduct free heart surgery for Akshaya, who has a congenital heart condition. The 12-year-old hailing from Tamil Nadu’s Karur won hearts when she donated a portion of her money meant for heart surgery to Kerala flood victims.

Moved by the plight of the flood victims, the young girl who had collected Rs 20,000 through crowdfunding decided to donate Rs 5000 to the Kerala relief fund. This humanitarian gesture had won her praise from all corners.

A Sadik Ali, who has been helping Akshaya raise fund through online support, said the teenager’s family has been overwhelmed by the response of people since the news of her donation spread. 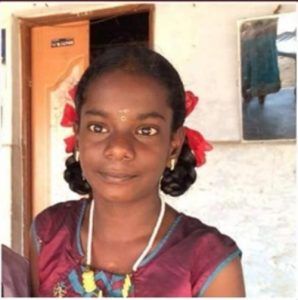 “We have been getting many emails and calls from different hospitals who have offered to do it free of cost. Since we are familiar with the team at Apollo and since they already know Akshaya’s case history we find it easier and practical to do it in Apollo,” he told The News Minute.

Akshaya was raised by her mother Jothimani who is an Anganwadi worker. Losing her father to an accident about six years ago, her mother toils hard to support her three daughters. Notably, this will be the second heart surgery of the teenager. Even the money for her first heart surgery was raised through online crowdfunding.

“It was after much struggle that we could source the Rs3.5 lakh needed for Akshaya’s operation last year in November. Another Rs2.5 lakh is required now for her second and final operation. By no way we could have sourced such a huge amount. We express our gratitude for extending such unconditional support,” Jothimani told Times of India.