The situation still remains tense in West Bengal’s Basirhat after a controversial Facebook post by a Class XI student sparked communal tensions nearly a week ago. On Thursday, tensions between communities were reported in Baduria area of the state.

As per a report in The Indian Express, the student had allegedly put some sensitive images online triggering a spate of communal violence in the city. It was reported that violent mobs resorted to violence and vandalised stores and houses, and setting vehicles on fire. Amid the tense situation in Bengal, sadly, the scourge of fake news and photoshopped images is upon us. A morphed image started a riot and now more morphed images are being used to add fuel to the fire.

The Kolkata Police on July 8, arrested a person for sharing an image from a Bhojpuri film and passing it off as one from Basirhat violence. Since it was being widely shared, social media users and fact-checking websites like Alt News pointed out that the still was taken from a Bhojpuri movie called “Aurat Khilona Nahi” released in 2014.

Among those who shared the image targeting the West Bengal government on social media was Vijeta Malik, an official of the BJP’s Haryana unit.

A barrage of fake images is being passed off as modern-day communalised Bengal. Circulating fake news and fake images has reached a pathological proportion. Here’s how fake images were used to promote hatred across India:

A man named Bhabatosh Chatterjee took to Facebook and shared an image with the caption: ““In Baduria, Hindu women are getting molested. Hindus, who are still supporting TMC, are you Hindu? If you are born of a Hindu father, then you will roar against these radicals. All Hindus of West Bengal must unite.”

“Aparna Sen, where are you now? Peaceful people (read Muslims) are stripping Hindu women at Baduria” 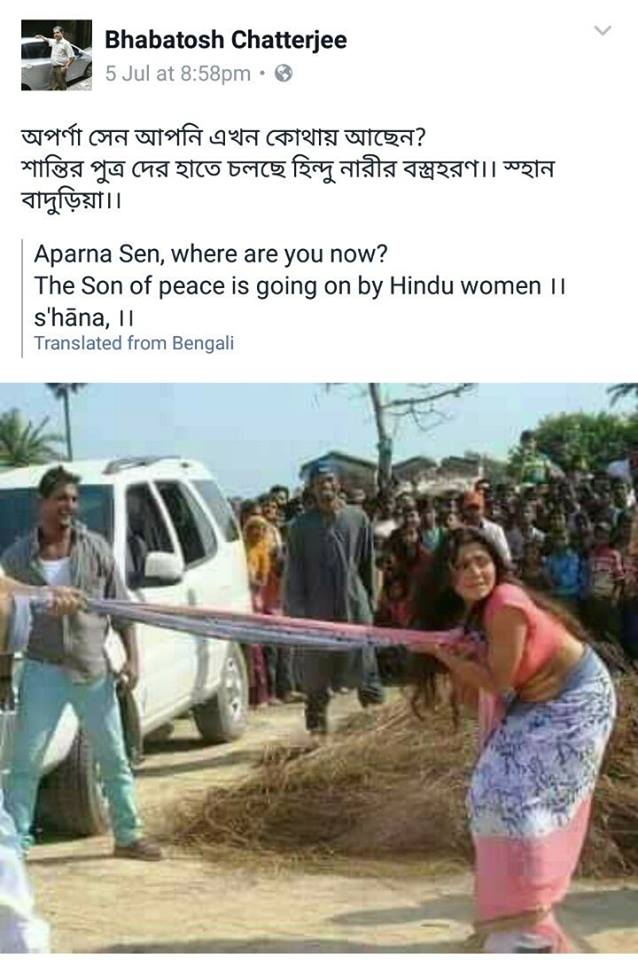 Truth: The image is a scene from a Bhojpuri movie titled “Aurat Khilona Nahin”, released in 2014. It was taken from a blog post

Gita S Kapoor, who is a vice-president of BJP Mahila Morcha (Andheri West), shared an image on Twitter, claimed that the parents of the boy, who is believed to have stoked violence, were brutally attacked: 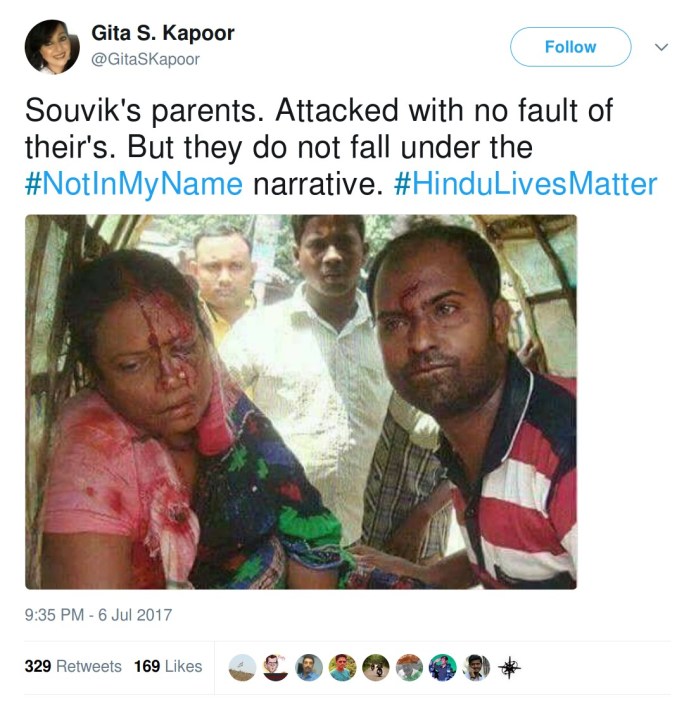 Truth: This image was circulated during 2016 Dhulagarh riots as well. However, The image is originally from Bangladesh where a Hindu family was attacked.

You can see the image in this article, published on The Lallantop website.

A Twitter user, whose handle is – @Sunil_Kashmir, shared this image of a man called Karthik Gosh, claiming that this man was lynched by Muslims in Basirhat. 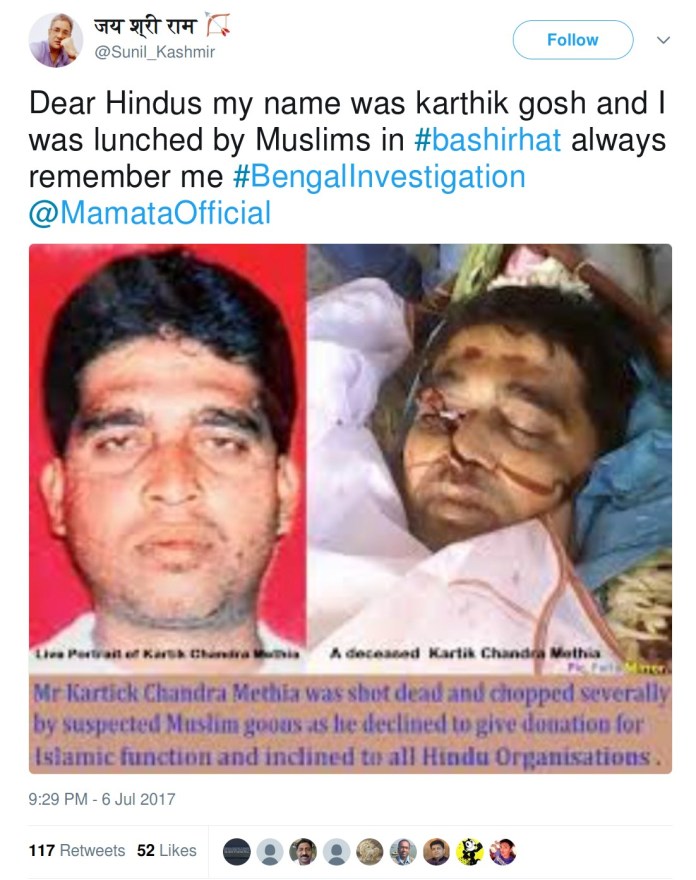 Truth: This is an unrelated image of a person by the name of Kartik Chandra Methia. He reportedly died in 2014. A blogpost reports his murder and subsequent protests in Falta, South 24 Parganas. An article in the Times of India reported that murder was solved in 2014 with the arrest of five people.

BJP spokesperson shared this image on Twitter and urged to “Save Hindus”. However the image she used is not from Basirhat!

Speak-up because it is already too late! Join in at 5 PM today at Jantar Mantar #SaveBengal #SaveHindus pic.twitter.com/QU5ZT1HkUt

Truth: The image used in this poster is from 2002 Gujarat riots. Here’s the actual image: 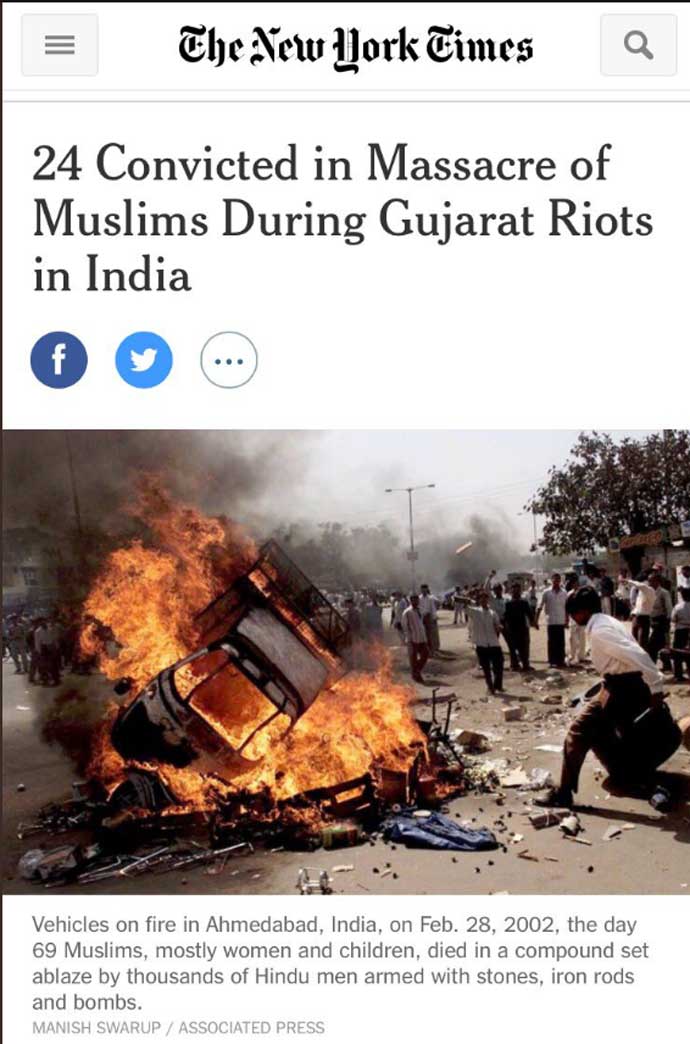