That Congress leader Rahul Gandhi is amping up his social media game, is no longer news. From coming up with a new full form of the GST as Gabbar Singh Tax to doing Aikido to introducing the world to his dog, Pidi as the one handling his social media account, the Prince finally seems to have found his Mojo.

But who is the magician behind this makeover?

Rahul would like us to believe it’s Pidi, but we can tell that there is more than meets the eye here. Till we find out who exactly it is, we supply you with proof:

1. When he revealed who tweets for him and declared his dog, Pidi is way smarter than him

2. When he told PM Modi that the US President Donald Trump needs another hug

3. When he took a dig at the ruling party for trying to gag the media’

4. Not to forget his GST definition which was quickly lapped up by Twitter

He also targetted PM Narendra Modi for trying to censor the Tamil movie, Mersal, which criticizes GST. In just one tweet, he mentioned both, GST and demonetisation:

Mr. Modi, Cinema is a deep expression of Tamil culture and language. Don’t try to demon-etise Tamil pride by interfering in Mersal

5. And last but not the least, his viral selfie with a girl during his roadshow, Navsarjan Yatra, in Bharuch, Gujarat 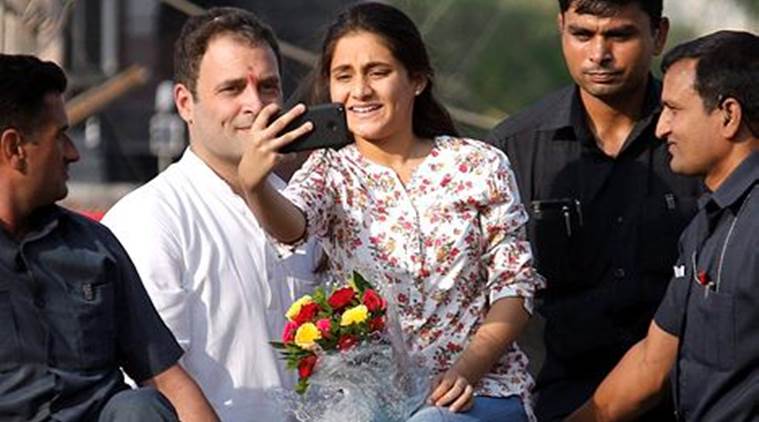 (Also read: Congress shares pics of Rahul Gandhi practising Aikido, Here’s what you need to know about this art form)