Jadavpur University is in the news again for all the wrong reasons. The most recent case to come to light is that of Professor Sumit Kumar Barua of the Department of Comparative Literature. Barua stands accused of alleged sexual molestation as well as making sexually explicit gestures and comments while teaching.

PG students of the Literature department are currently boycotting his lectures as they claim complaints to the administration have had little effect. 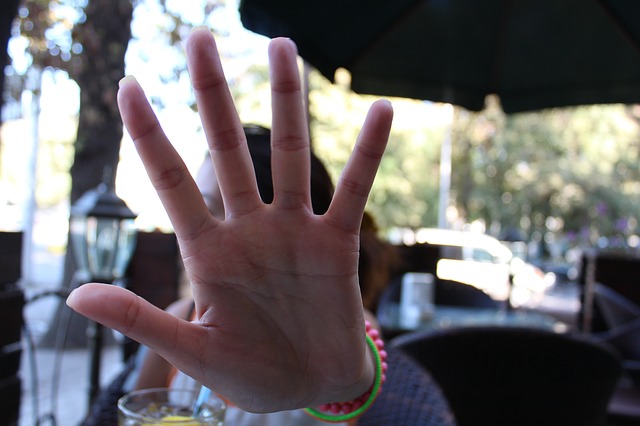 The story came to light after a Facebook post was put up on November 22 by a final year Masters student, Srishti Dutta Chowdhury, who writes how the administration tried to equate the student’s decision to boycott Barua’s classes as a move against the SC/ST community.

“We were tactfully notified he (Barua) can move against us using the SC and ST (Prevention of Atrocities) Act… This is petty theatrics aimed at intimidation of the worst kind. It trivializes and misrepresents our struggle as well as that of DBA scholar Rohith Vemula. SKB is not a Dalit Bahujan Activist, ” says Srishti while talking to InUth.

Barua was accused of allegedly molesting an unconscious student at an off-campus party in 2016, but Srishti claims the resultant complaint about it only resulted in ‘paid leave for a year’ for Barua.

Students have also accused Barua of allegedly using literature as a tool to sexually harass students.  “Once he asked if he could fondle the breasts of a student who was alone in his class and when she reacted with shock, he said it was a line from the piece of literature he was reading. He did this all the time. He even turned up at the same student’s house randomly- he had a very stalker-like behaviour”, says Aritry Das, a former student of JU.

InUth spoke to Srishti Dutta Chowdhury about the ongoing student’s protest at JU against the professor. Excerpts:

Q: Has the college promised any enquiry or action against Barua till date?

A: Not until very recently, after we decided to involve all student organizations and forums and other stakeholders by making a public post on it. The EC meeting has resolved to set up an enquiry on SKB (Professor Sumit Kumar Barua), though its mandates and constitution have not been made clear to us yet.

Q: Have any of the victims registered complaints with the ICC? What steps has the committee taken? If not, why?

A: None of them (have complained to the ICC), unfortunately. The survivors in the 2016 incident (when the professor allegedly molested an unconscious student at an off-campus party) were from the outgoing batch and had multiple familial issues to negotiate along with the situation in campus. They were coaxed and convinced that the incident being off campus makes it complicated and out of bounds of the ICC. They realised they had to take this up legally and invest a lot of time, reliving the trauma of it all. This is when the dept offered them an alternative: that Barua apologize to them and get a suspension for a year. They accepted this — only to later realize they were duped into thinking he was being suspended, when he was out on a paid leave for a year to finish his PhD work.

Q. What are the exact charges Barua stands accused of? And when the first complaint was registered – how did the college react?

A: The complaints against Barua are clear: sexually coloured and gendered remarks, inappropriate gestures, unwarranted sexually graphic references (while teaching).. inappropriate advances to students. The molestation incident of 2016 does not need proving, the survivors have let it go (they were clearly out of option then, and misled into thinking he’s being suspended).

People were always in the knowhow of the matter. If every batch had discussions on his (Barua’s) problematic behavior, on how he seems to strangely favour some female students over others, and over how he repeatedly made people uncomfortable by his actions, it is impossible that his peers were not in the know of the matter.

When Barua rejoined the dept this year (after paid leave for a year), our HoD attempted to dismiss the matter saying everything we have is ‘hearsay’, he is not interested in the past nor bothered by it, and ‘nothing was proven’ on the matter.

We cannot go to the ICC now (as) our complaints are older than a year. PG 2 (Srishti’s batch) has been boycotting his course instead. There were complaints against Barua from the junior batches who have compulsory classes with him (the HoD failed to provide replacement despite repeated pleas), but they have died down in the atmosphere of extreme apprehension and hostility. How can a junior batch fathom the courage to come up with a complaint now, knowing how the dept expertly orchestrated an escape route for Barua out of a charge of molestation before? These are impossible times for the students in the department.

Earlier this year, Raya Sarkar’s list of professors in academia accused of sexual assault and/or harassment had several names from JU — many of whom continue teaching here. Raya’s list had run into hot water because it did not validate the charges levelled against anyone and was a crowd-sourced list of names of both known perps and otherwise. 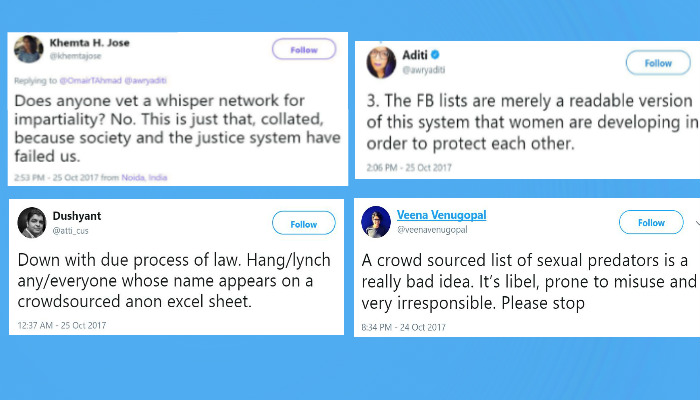 Also read: #MeToo: Women open up about workplace sexual harassment and it gets pretty brutal

Just in case your memory doesn’t serve you well, these are the names associated with JU from Raya’s list who have complaints registered against them:

An Officer on Special Duty at Gandhi Bhawan, Delhi University accused Professor Bidyut Chakraborty, the Head of Department, Political Science at DU of passing alleged sexually explicit remarks. She claimed that he made disparaging comments about her separation from her husband and made deliberate attempts to undermine her authority in front of juniors. This was in 2007.

Years later, still steadily rising up the echelon, Bidyut Chakraborty was in contention to become DU’s Vice Chancellor in 2016, but lost to Yogesh Tyagi because of ‘a controversial past’.

Roy made national headlines in 2015 after being barred from entering JNU campus. The move came after JNU’s Gender Sensitisation Committee Against Sexual Harassment found Roy (who was overseeing research projects at JNU) guilty of sexual harassment of a research scholar in 2014.

Professor Bose, a member of Jadavpur University Teacher’s Association, was accused of molestation by a student. She alleged that Bose, her physics teacher, had taken her to another classroom and sexually assaulted her. The incident was reported in 2012. The then Pro-VC Siddhartha Dutta had announced that a committee had been set up to investigate the issue.

Bose, too, is currently still teaching at JU.