The Delhi High Court has refused to allow the use of solar control black films or tinted glasses on car windows beyond permissible limits.

Responding to a plea seeking relief from ban on medical grounds, a bench of justices Sanjiv Khanna and Chander Shekhar said it will not interfere with the supreme court’s ban on use of black films for windscreens and side glasses for four wheelers, adding that it was in “larger public interest”.

In 2012, the Supreme Court had directed states and union territories to strictly enforce the ban on tinted glasses in cars beyond permissible limits.

No relief on medical grounds too

The petitioner Vipul Gambhir suffers from a rare genetic disorder caused by Ultra-Violet rays. Gambhir said doctors had advised him to install a black film in his car as his health had deteriorated because of exposure to ultraviolet rays.

Citing the apex court’s order, the court said there are technologies available, by which an individual, who is suffering from the rare genetic disorder caused by UV rays, can easily protect himself. 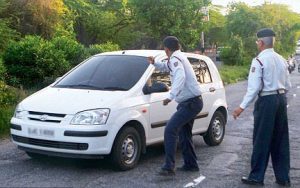 “The decision to enforce the ban on the use of the tinted glasses beyond permissible limits is in public interest, so we are not going to interfere with it,” the bench observed.

Centre’s response to the plea

The bench has now fixed the matter for April 4, by when it has asked the petioner to file his rejoinder to the Ministry of Road Transport and Highways’ reply opposing his demand.

The ministry has suggested alternative preventive measures that can be taken by such persons to protect themselves from UV rays.

“Persons suffering from a rare genetic disorder caused by UV rays can use cream, sun-shed, protective clothing and other amenities available in the market,” the ministry’s counsel said in the court.

What led to the SC ban

On April 27, 2012, an three judge bench headed by SH Kapadia banned the use of tinted glass, restricting visions beyond permissible limit as fixed under the Motor Vehicles Act, in vehicles.

The Central Motor Vehicle Rules, 1989, say the glasses of windscreen and rear windows of vehicles should have a visual light transmission of 70 per cent and for side windows it should be at least 50 per cent. 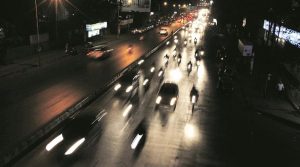 The apex court said it could not impose a total ban on use of tinted glass, stating, “In face of the language of the Rule, we cannot grant the petitioner the relief prayed for, that there should be 100 per cent VLT. This Court cannot issue directions that vehicles should have glasses with 100 per cent VLT.”

Manufacturers may produce the vehicles with tinted glasses which provide for 70 per cent Visual Light Transmission (VLT) for safety glasses on windscreen (front and rear) and 40 per cent VLT for side glasses, the apex court said.

The court’s passed the order on a plea seeking complete ban on use of dark films on car windows, including the vehicles used by VVIPs, alleging that many crimes in cities were committed by people using such cars with tinted windows.

The petitioner, Avishek Goenka,  contended that crimes against women, kidnapping and assault were being increasingly carried out in cars with black window film. 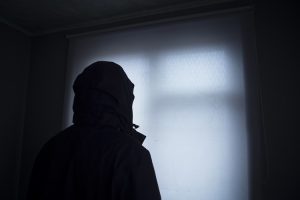 The petitioner said that he had 25 RTI query replies from various police stations to back his claim that many crimes, including sexual assault on women, were committed by offenders who used cars with tinted glasses to evade public gaze and conceal their identity.

Further, the court granted liberty to the police officers concerned to grant exemption to VVIPs like those enjoying “Z” and “Z plus” category security.