In Haryana, those who are accused of rape and eve-teasing will soon lose their driving and arms licences as the state government has decided to debar them from availing government facilities.

Speaking at a programme on women’s security on Thursday, Haryana chief minister Manohar Lal Khattar said, “These services will remain suspended till the court announces its verdict in the case. In case the accused is convicted and sentenced, he would not be eligible for these facilities anymore.”

Additionally, they will be barred from receiving old-age pensions and pensions for the physically disabled. The only thing they would be entitled to would be rations from fair shops, Indian Express reported. 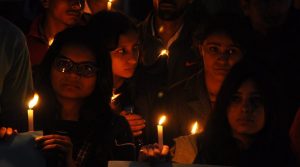 In case a rape victim wants to hire a lawyer of her choice instead of the one provided by the state government, she would be given financial assistance of upto Rs 22,000, Khattar added.

To ensure speedy investigation of the crime, the chief minister said that the investigating officer will have to complete the probe within a stipulated time period.

“…The investigation officer would have to complete the investigation into a rape case in a month, and in eve-teasing cases within 15 days. Otherwise, action would be taken against them.”

To expedite the course of justice, the state government will also set up six fast-track courts in districts where 50 or more cases of rape, molestation and mental harassment are pending.

He also said that girl students of Classes 9 to 12 would be given training in self-defence.