Dalai Lama, the Tibetan spiritual leader, is celebrating his 82nd birthday in Leh today. Thousands of Tibetans donning the traditonal dress gathered at the Shiwatsel Phodrang complex on the outskirts of Leh. Revered by the Tibetans as a ‘living god’, the Dalai Lama attended the prayers and blessed the gathering. Born on 6 July 1935, at Taktser hamlet in northeastern Tibet, the Dalai Lama was recognised at the age of two as the reincarnation of the 13th Dalai Lama, Thubten Gyatso. He fled Tibet after a failed uprising against the Chinese rule in 1959. Since then he has spent his life in India and keeps pushing for autonomy for Tibet. He is also considered one of the most virtuous leader of 20th century. His sermons on ethics, non-violence, peace and religious harmony has brought him world wide recognition. Dalai Lama was awarded the Nobel Peace Prize in 1989 for his non-violent campaign for democracy and freedom in his homeland.

On Dalai Lama’s birthday, we bring to you 11 quotes from the Tibetan spiritual leader that would inspire every millennial.

1) I defeat my enemies when I make them my friends 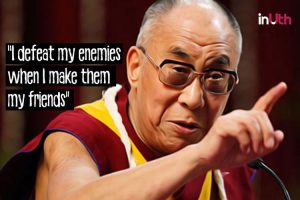 2) Someone else’s action should not determine your response 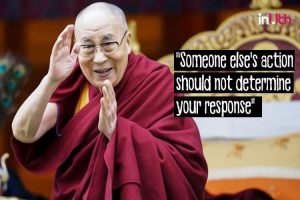 3) In the practice of tolerance, one’s enemy is the best teacher 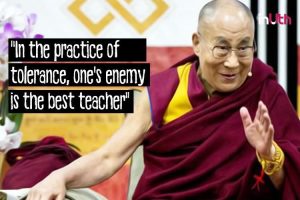 4) Love and compassion are necessities, not luxuries. Without them, humanity cannot survive 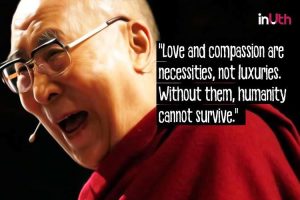 5) True change is within leave the outside as it is 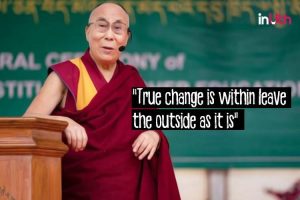 6) Our prime purpose in life is to help others and if you can’t help them, at least don’t hurt them 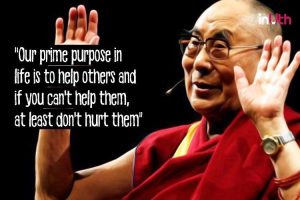 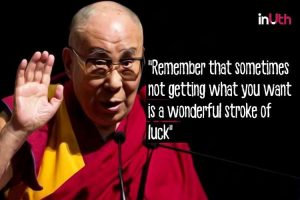 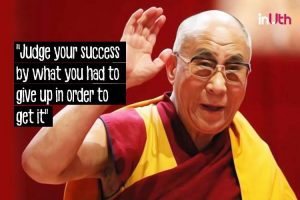 9) If you think you are too small to make a difference, think of a mosquito 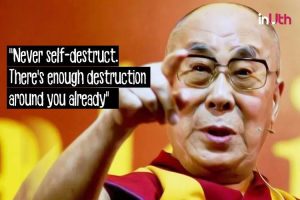 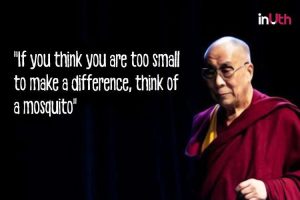 11)  Know the rules well, so you can break them effectively 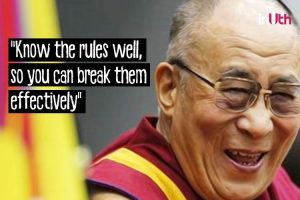