Businessman Vijay Mallya was arrested by Scotland Yard in London today. He is to appear in London court today, according to media reports. Mallya escaped India on March 2, 2016. For a year, he has been in London with zero regards for the summons he has been issued back home. However, as they say, kanoon ke haath lambe hote hai, Mallya finds himself in the Police net. He has been finally arrested after a year of hide and seek. Narendra Modi government too has invested much time and effort to nab the absconding businessman.

After the hearing in London Court, it will be decided when he can be extradited to India. So, how did the King of good times who has lived his life in the lap of luxury come to this? Many accuse Mallya’s flamboyance and indulgence as being the main reason for his business ventures failing one by one. First Kingfisher Airlines and then his spirit company. However, the matter is much more than a rich man who had inherited the riches from his father and blowing up all of it. Much is at stake for Indian banks in this case.

An astronomical amount of Rs 9091 crore is what Vijay Mallya owes to a consortium of 17 crore banks led by State Bank of India. One would wonder that how could banks lend this kind of money to a company that going down the hill and wasn’t able to pay it’s employees since 2012. Kingfisher Airlines, which launched amid much fanfare and promised to give luxury flight experience was grounded since 2012. It was also the time when the aviation sector was going through a major crisis. However, Kingfisher ended up being grounded, many say because of Mallya’s bad business decisions. 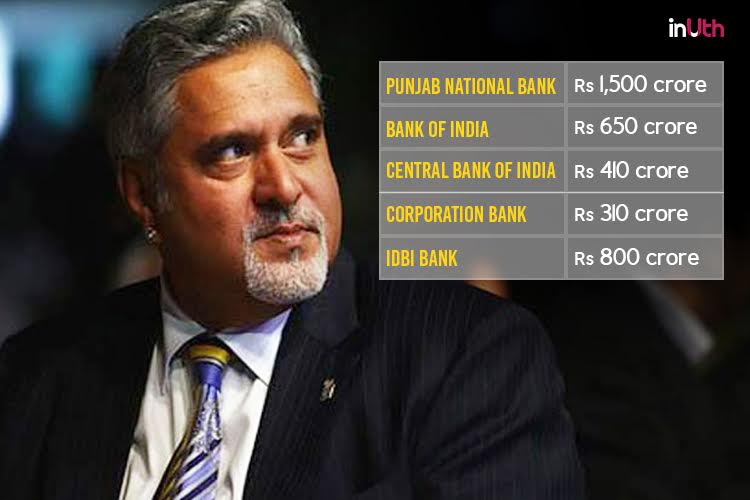 (A break-up of the money he owes the banks.)

Apart from the money owes the banks Mallya faces an enquiry for money laundering in a case registered by the Enforcement Directorate. An FIR has been filed by the Central Bureau of Investigation regarding the loans that Kingfisher took in an illegal way.