Names of 85 Padma winners, including three Padma Vibhushan, nine Padma Bhushan and 73 Padma Shri recipients were announced on the eve of Republic Day. There are some big and famous names – Mahendra Singh Dhoni was conferred with the Padma Bhushan, and maestros of the musical world like Ustad Gulam Mustafa and music composer Ilayaraja were conferred with Padma Vibhushan.

At the same time, among the 73 Padma Shri recipients, there are some unsung heroes – people who have been working on the margins and for the marginalised. The sheer expanse of their achievements and the area of their expertise is mind boggling. The list throws up an eclectic mix of personalities from different parts of our country. While some are innovators, others are healers. Yet others are carriers of our syncreticism at a time when the cracks in the Indian society are deepening.

Meet Bhajju Shyam, 50 the Gond artiste who took this tribal art form from Madhya Pradesh to the global stage. He is best known for depicting life in Europe through Gond paintings. 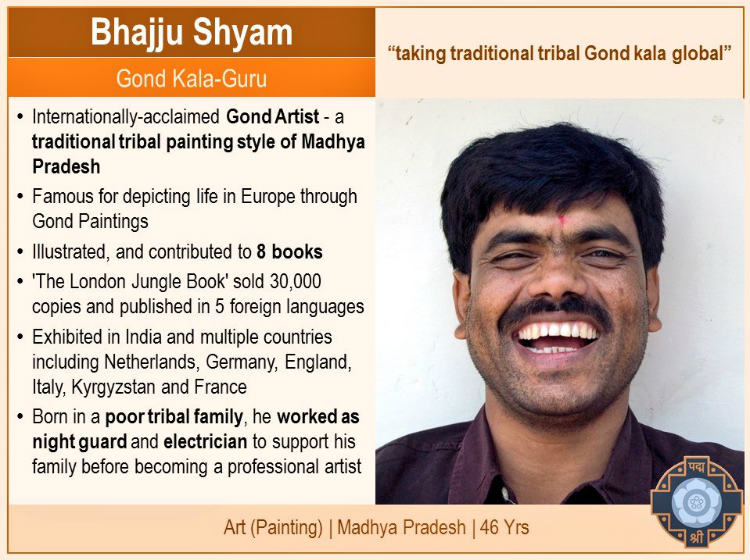 Then there is Arvind Gupta, who taught generations of students to conduct complex science experiments with the help of science toys made of waste. 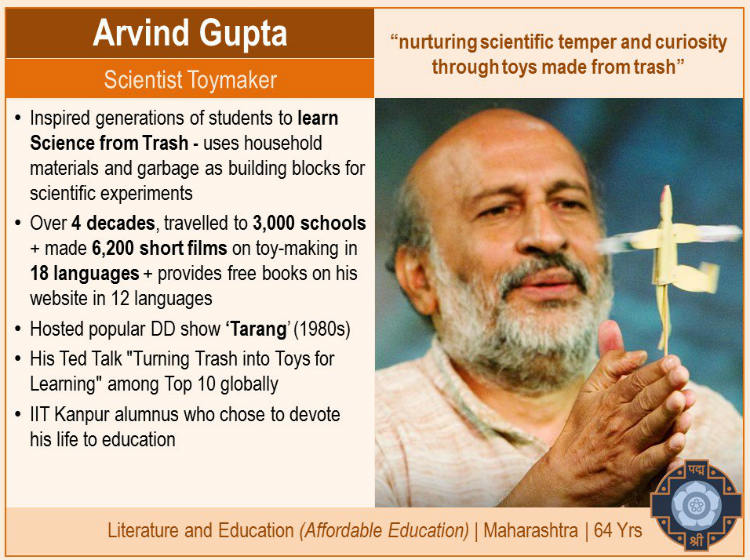 Or this 99-year old freedom fighter from Bengal. 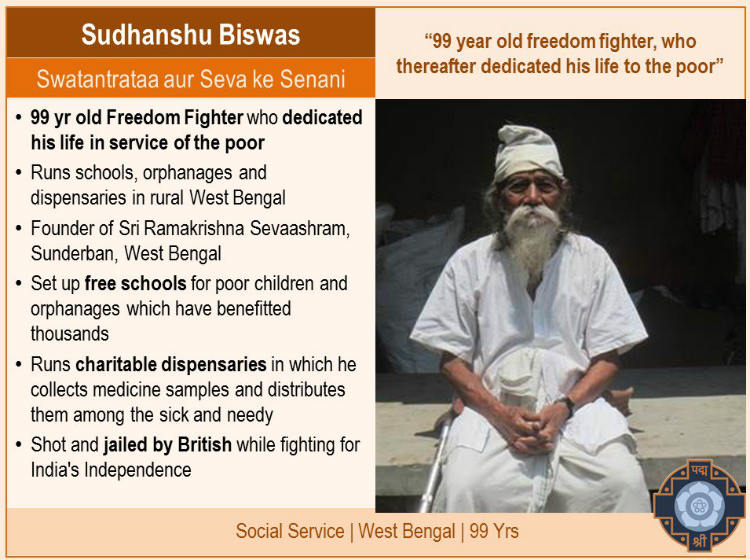 Equally beautiful is the story of Lakshmikutty of Kerala, popularly known as the grandmother of the jungle. 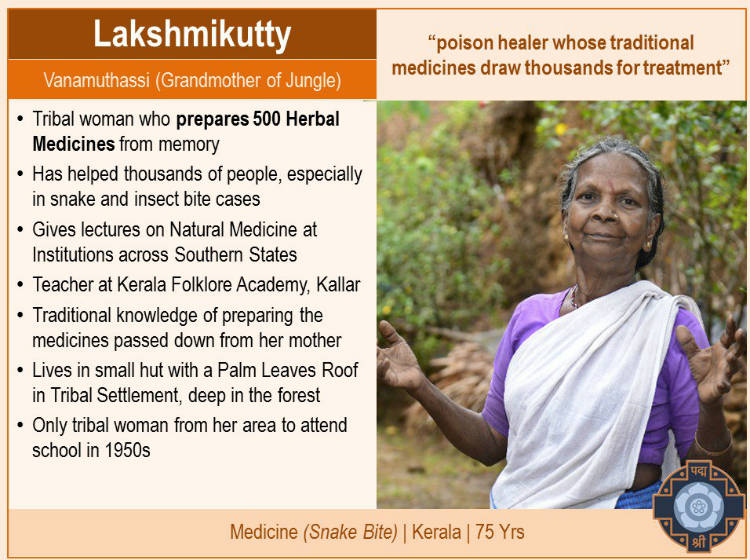 Dr Asha and Abhay Bang were awarded for their extraordinary work among adivasis in Garhchiroli. 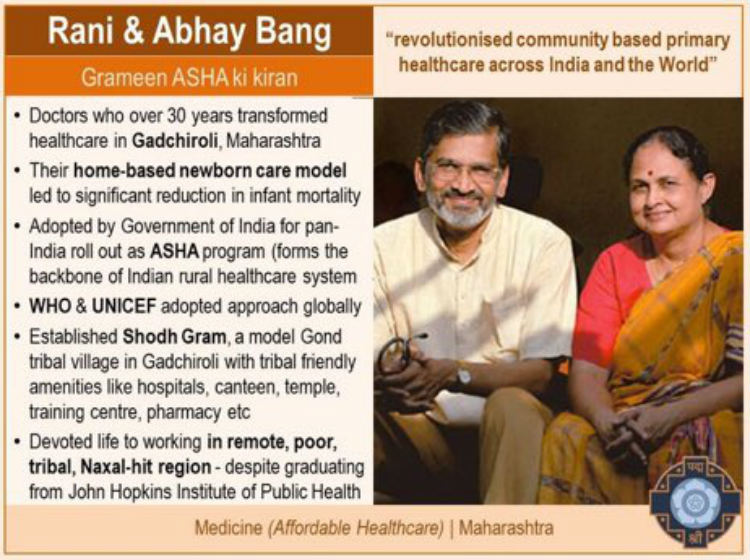 Another story of extreme grit in the face of adversity is that of Subhasini Mistry, a poor housemaid from Bengal, who built humanity hospital. 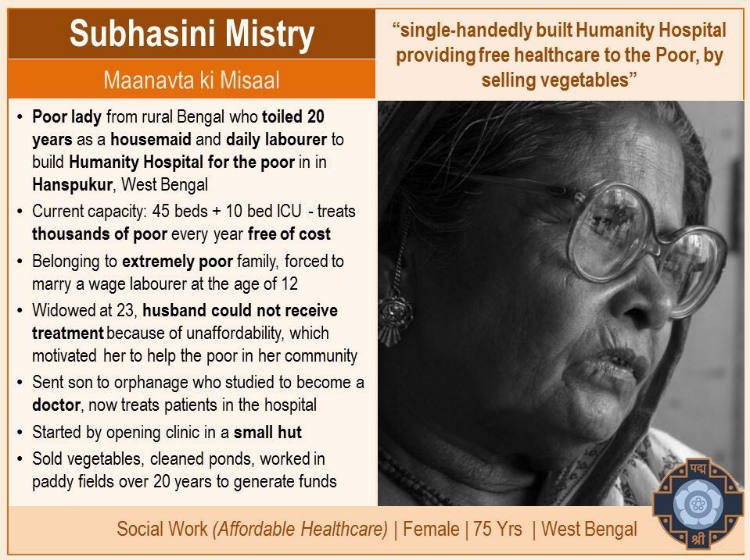 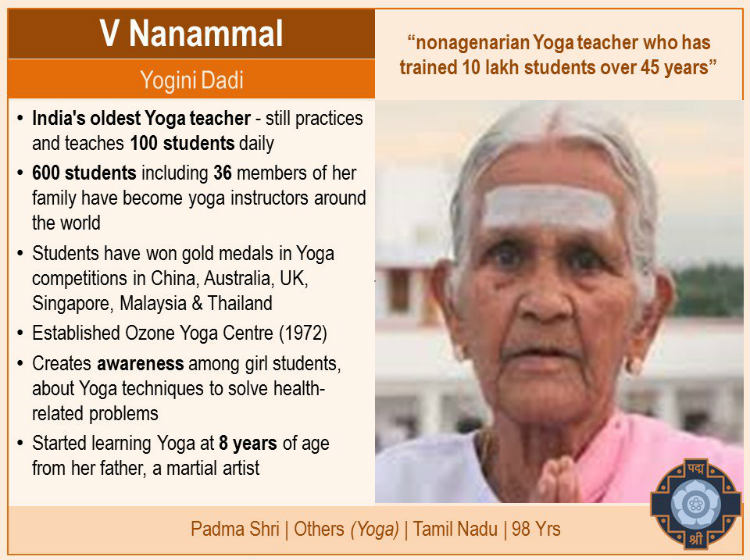 A 97-year old farm labourer who doubles up as a mid-wife for expecting mothers in the backward regions of Karnataka was also awarded. She never charges a penny for her service. She can check the child’s pulse and tell whether its healthy or not from inside the mother’s womb.

65-year old Madurai Professor Rajagopalan Vasudevan was awarded the Padma Shri for developing and patenting a way of reusing plastic for making roads.