“Despite India’s economic slowdown, the country’s 100 richest have collectively enjoyed a bumper year thanks to a buoyant stock market. While the Indian billionaire factory continued to churn out new names from diverse sectors, the price of entry rose to a record high. The top 100 club is getting more exclusive with each passing year,” Naazneen Karmali, India Editor of Forbes Asia was quoted as saying. 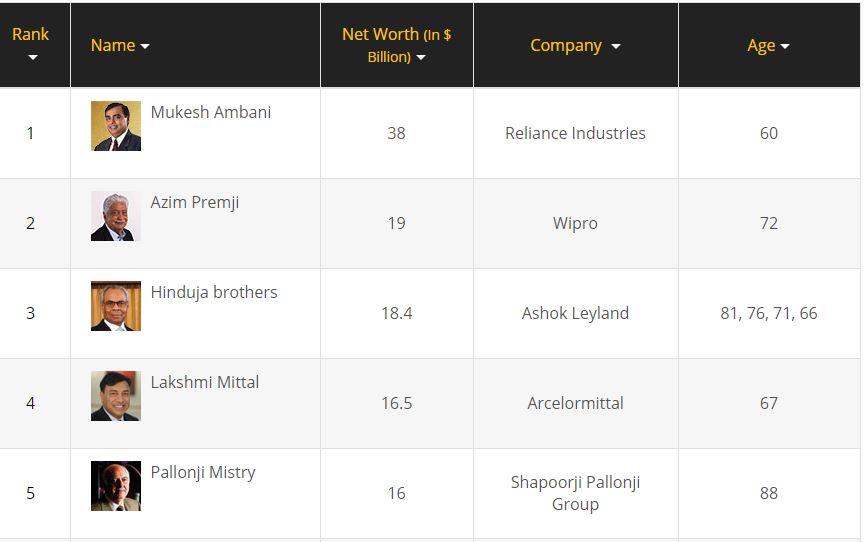 Chairman of Wipro Limited, Azim Premji is the second wealthiest business tycoon on the Forbes list with a net worth increasing by $4 billion to $19 billion this year. “The aggregate wealth of the top 100 has risen 26% over last year, despite the struggle of some sectors like pharma. In fact, the entry point to the list is at its highest ever, at $1.46 billion, with several billionaires waiting in the wings. Clearly, India’s entrepreneurial energy is .flourishing despite challenges,” Sourav Majumdar, Editor, Forbes India, said.