‘Gajraj’, the 63-year-old elephant, who was rescued after over five decades of enslavement from a popular temple in Maharashtra’s Satara finally found his new home at the Wildlife SOS Elephant Care & Conservation Center (ECCC) in Mathura. The tusker was brought to the royal family of Aundh, Satara, at the age of 12 in 1965 as a gift to the then queen. When Gajraj was bought he was forced tro travel 800-kilometres from Ujjain, Madhya Pradesh, to Satara, Maharashtra, which took almost a-month-and-a-half. For years he was chained in one spot, at the Yami Devi Hindu temple in Aundh, his tusks were chopped off, was starved and beaten by the mahout. He was partially blind and needed immediate treatment.

Gajraj is partially blind and a toenail abscess which could spread to the bone. He also has abscesses in the hip and his foot pads suffered severe degeneration. “Being chained for most of his life has had a detrimental effect on Gajraj’s health. He has lost weight and has nutritional deficiencies,” Hindustan Times quoted Dr Yaduraj Khadpekar, senior veterinarian, Wildlife SOS as saying.

Wildlife SOS rescued the elephant but they faced stiff resistance from unruly mob. “Our entire team was in a lot of danger as we were attacked by stones, but police presence helped us move the elephant and our team to safety,” said Wasim Akram, Wildlife SOS coordinator told Hindustan Times.

“There was a lot of drama and anger as we approached. The elephant was aggravated by a loud and unruly mob,” Wildlife SOS co-founder Kartick Satyanarayan told Times of India. 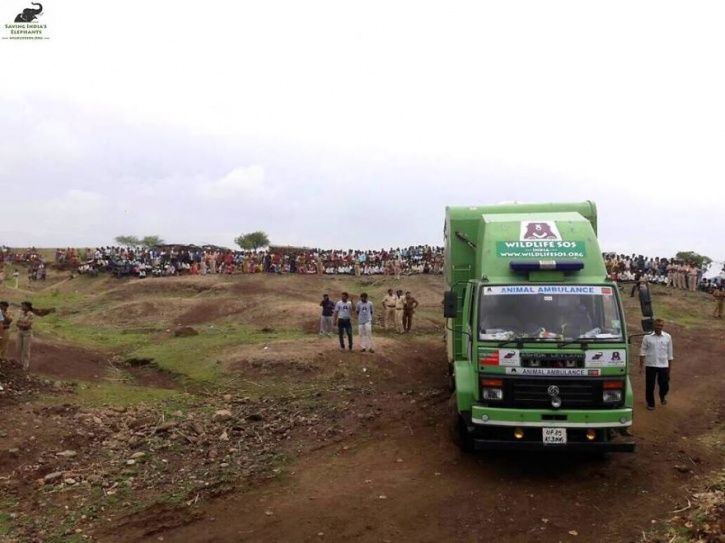 Amid resistance Gajraj was rushed into the Elephant Ambulance, after which he walked with no chains on his feet for the first time. A relaxed Gajraj is now taking leisurely dust baths and feasting on fresh fruits at the care center in Mathura. 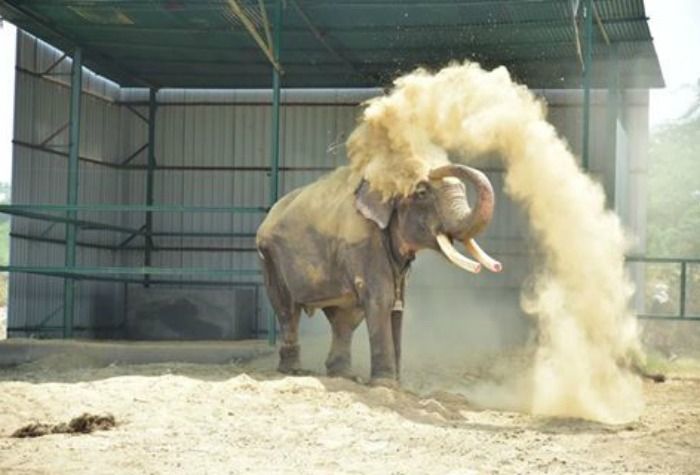 The veterinary facilities where he lives is already providing lifetime care for more than 20 rehabilitated pachyderms.