A news of a ‘white tiger’ being spotted by a Bangalore based man has gone viral on the social media, with people discussing about the rare sight. The ‘discovery’ has aroused interest among Internet users, as well as the conservationists and forest officials. It is yet to be ascertained whether tiger is a true genetic mutant.

The image went viral, after Nilanjan Ray, a wildlife photographer, captured the image of the pale tiger and shared it on Facebook. However, the news of spotting the ‘white tiger’ hasn’t gone down well with the photographer. Ray feels that he never claimed that it was a white tiger.

He took to Facebook and wrote, “I had a very, very rare sighting of an extremely pale, golden-white (but not white/albino) tiger in Nilgiri Biosphere Reserve. This might be the palest, or one of the palest, wild tiger(s) seen in India in the last few decades.”

“A few media folks had reached out to me and asked me about the tiger. I had clearly mentioned that this is ‘very pale’ and ‘not white or albino’. But it seems some editors – who decide on the title of an article – decided to use ‘white tiger’ – within quotes – overriding the original draft by the reporter,” added Nilanjan Ray. 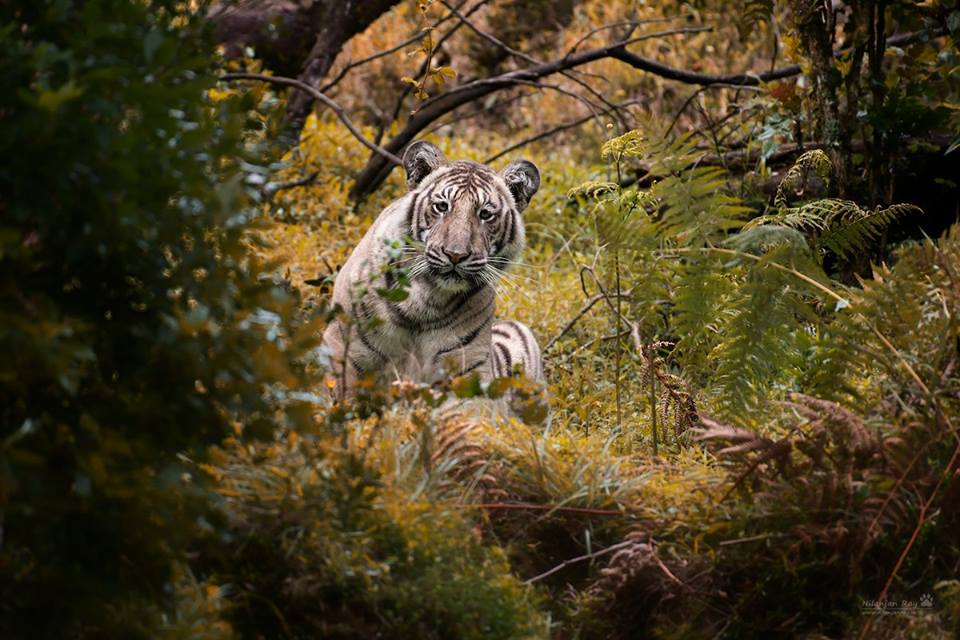 After taking the photograph, Nilanjan informed the authorities of the reserve who said that they would keep track of the tiger. The officials also told him that the tiger looked like it was a sub-adult.

According to a report in The News Minute, Nilanjan spoke to some zoologists and experts at Sanctuary Asia, a magazine on wildlife and conservation. He also consulted Belinda Wright, well known tiger conservationist and founder, Wildlife Protection Society of India.

Belinda reportedly told Ray that the tiger he spotted is not the albino white tiger. Those haven’t been seen in the wild for at least 50 years, and are mostly inbred. The one he saw at the Nilgiris was probably a result of colour morphism, which happens due to genetic variation.