Thousands of protesters have hit the streets in Tamil Nadu to protest against the ban on Jallikattu. The enraged people remind one of the that nerve-wracking scene from Zindagi Milegi Na Dobara  where we see three of the most bankable stars of our time—Hrithik Roshan, Abhay Deol, and Farhan Akhtar—being chased by raging bulls and the actors escaping their death by second. It  is one of the best climactic moment of Indian cinema. This insanely dangerous event has actually been accorded from Spain, where ‘Bull Run’ has always been a traditional sport. The scene worked wonders for the film as it made the three protagonists win over their worst fear: Death. It also reflected human being’s innate need for adventure and his natural tendency to attract danger and push one’s limits to feel heroic. That after all in the spirit of all Sports. A win over your opponent always makes you feel like an invincible hero. 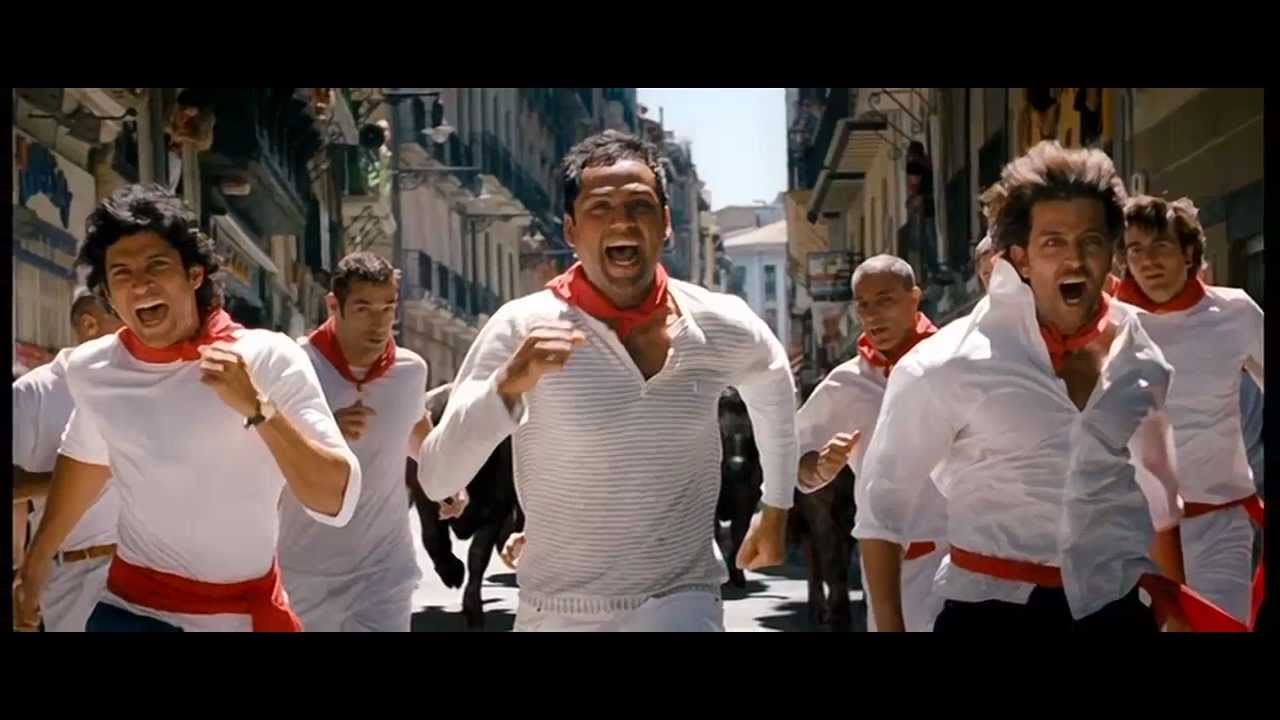 Now let’s come to why we are discussing the climax of Zindagi Milegi Na Dobara. The Indian version of the sport glorified in the film is in news these days. It is called Jallikattu and is played in Tamil Nadu during the harvest festival of Pongal. It was banned by the Supreme Court on May 7, 2014, citing that it violated the Prevention of Cruelty to Animals (PCA) Act, 1960. People of Tamil Nadu, who are passionate about this traditional sport, have hit the streets demanding that the ban be revoked. They want to play their favourite sport this Pongal which falls on January 14. With just four days left to go, Jallikattu lovers have flooded the social media with messages canvassing support for their movement.

Even the Chief Minister of the state has made a special appeal to Prime Minister Narendra Modi to pass an ordinance and let people of Tamil Nadu play the sport. Southern superstar Kamal Haasan, lending support to the sport in strong words, has also given fresh vigour to the movement. Haasan said that if animal cruelty is the rationale behind banning Jallikattu, then “ban Biryani also”. His statement has spread like wildfire, giving a solid rallying point for disgruntled Jallikattu lovers. Famous actors from South film industry have come in support for Jallikattu as well.

Jalikattu is our identity, our tradition and our livelihood. Lets Support. #TNneedsJALIKATTU

#Jallikattu is an integral element of the voice and identity of Tamilians. #ISupportJallikattu #WeNeedJallikattu #TamilCulture

I Was watching #Jallikattu video on YouTube. Wonderful game with full of excitement. I would love to visit Tamilnadu to see this

Uncalled for Activism against #Jallikattu is endangering the very Bulls the Activists & Courts want to protect.https://t.co/7KKxGAFFAC

It is strange how a sport—deemed brutal and a violation of animal rights by the activists—has brought the people of Tamil Nadu together. Before we start taking sides and pass a judgment, it is important to understand what the sport is all about and why it has come to be so controversial today.

Jallikattu is known to have its origin in the Indus Valley civilisation. A different variant of the sport was popular in ancient India which entailed holding the hump of a raging bull and controlling it. A bag of coins was attached to the hump of the bull, which was for the bull tamer to win if he was successful in his mission. Himakiran Anugula, an organic farmer and entrepreneur based in Chennai writes in The Wire: “Jalli/salli means ‘coins’, and kattu is ‘tied’. There is no such bag of coins hanging on the humps of the bull in the modern version of the game. Only a representational cloth for the bull tamer to claim as a sign of victory. Also, in the modern version of the game bulls come out of a door. The sport is usually played by the youth of the state. Organisers give away rewards to encourage the youth to participate in this traditional sport.

Here’s a video of Jallikattu moments recorded from 2014 Pongal, before it was banned.

However, the Supreme Court had dismissed this argument of traditional and ancient connection with the sport. It said: “any custom or usage irrespective of even any proof of their existence in pre-constitutional days cannot be countenanced as a source of law to claim any rights when it is found to violate human rights, dignity and social equality”. A valid point. Will we go back to practicing Sati because it was a part of our culture at some point of time?

One of the reasons Jallikattu has evoked such strong reactions from across the country despite it being a local issue is that the ban on it is seen as an attempt to selectively attack Hindu traditions by ‘liberals’. A misplaced sense of hurt exists, mostly in the online space, which has now seeped into the real world as well among a section of Hindus. They question why are Hindus asked to preserve water during Holi or not burst crackers during Diwali, or discontinue Dahi Handi during Janmashtami while not realising there is no legal obligation on them to do any of this. It’s just a moral responsibility toward environment or simply a precautionary measure.

They mix up this issue with ban on Jallikattu and speak of it in the same breath – as targeting of Hindu festival. They also argue that Muslims are never questioned about animal sacrifice during Eid.  This misplaced sense of hurt has given rise to a space for disgruntlement. Kamal Haasan’s no hold barred support for Jallikattu and call for ban on Biryani further fuelled this disgruntlement in the online space.

Over the years, the Tamilian passion for the sport has become fodder for politicians to feed on. The late Jayalalithaa has time and again called out the Central Government to undo the Supreme Court ban on it. The DMK, too has harped on the same issue, again and again, hitting the street on the Jallikattu issue. The BJP government has been a huge supporter of withdrawing the ban. In fact, in early 2016, eyeing Tamil Nadu elections, the BJP had passed a hurried ordinance allowing the sport before Pongal that year. But the Supreme court passed a stay order on the plea of PETA and other animal organisation. Union Minister Venkaiah Naidu, in fact, went ahead and compared Rajiv Gandhi’s changing the law to stall Supreme Court’s judgement on Shah Bano with the Jallikattu case.

Law was amended after Shah Bano case, can do it for Jallikattu too: Venkaiah Naidu at India Today Conclavehttps://t.co/YM4oPt7SBO pic.twitter.com/vwop2Cehna

It’s not as if only bulls are hurt in this sport, there is human life at stake as well. In fact, the claims of cruelty are countered by many. The supporters of the sport say Jallikattu bulls are well-fed and treated like God. It is argued that if the sport is banned, it could mean the extinction of many cattle breeds. Anugula writes in his article:

There were 130 or so cattle breeds in India 100 years ago and now there are only 37. Unless we engage with the traditional livestock keepers and support them, we will lose these breeds as well as lay the ground for commercial cattle based dairies and slaughter houses to dominate the country.

One of the ways to engage with livestock keepers is to keep this tradition alive as it is for this sport that many of these indigenous bulls are bred. However, we often forget to talk about the human lives that are lost. According to a 2016 Frontline report:

A rough media estimate claims that between 2010 and 2014, before the ban on the sport was enforced, 17 bull-tamers, most of them in the prime age of 18 to 25, died and more than 1,000 suffered serious injuries.

During this period, three bulls were killed. This figure does speak volumes about the skewed arguments that sustain the for and against debate on Jallikattu. The debate needs to be far more nuanced than this hackneyed fight between the animal love of the liberals vs the religious or cultural chauvinism of the right wing. Hopefully, the shrill campaigns from both the sides reach a conclusion that ends in a happy scenario for both the bulls and its tamers.

Watch our video discussion on the issue here: