Famous Canadian media theorist Marshall McLuhan once said, “the real news is bad news.” What he actually meant was it’s the bad news that sells.

If McLuhan was alive today and living in India, his theory would get validated every night at prime time on India’s TV news channels. After all, we are talking business here. And if there is any news, it’s bad.

On Wednesday, it was the Republic TV’s time to fill our quota of bad news.

“I would very pro-actively want to say that Modi ji we are done with you; you are now boring to us. You should go to the Himalayas and visit a Ram Mandir and ring bells there,” ANI quoted Mevani saying.

The channel sent its correspondent Priyanka Sharma to interview Mevani over the comments he had made about the PM. The “exclusive” interview (news channels these days run ‘exclusive’ ticker on public tweets!) soon turned into an you-should-apologize-to-Modi squabble.

The interview had several pinnacles of ridiculousness. 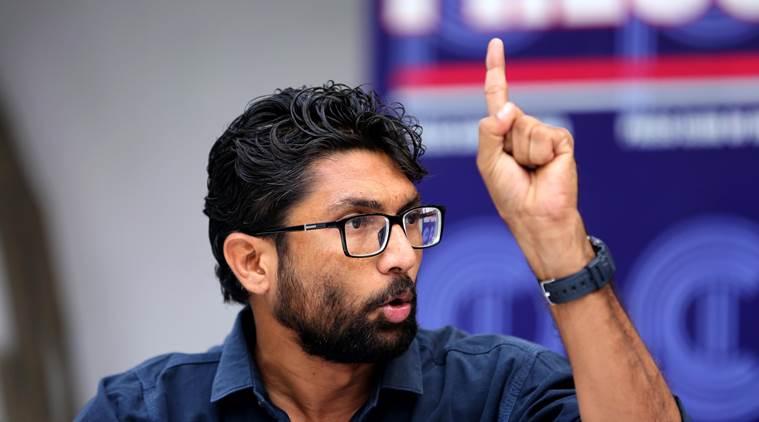 The reporter tells Mevani that how can he make “personal attacks” against PM. In his defence, Mevani tried to remind the reporter about the allegations made by BJP leaders that he was getting funding from terror groups for his election campaign. But according to the reporter, the later is a “political statement” and Mevani’s comments is a “personal attack.”

“You are making derogatory remarks. Would you make derogatory remarks against a woman Prime Minister?, You are only making remarks against a person who’s old and you are just trying to make fun of him? Why do you say Maansik tor se (mentally) because that’s a very private statement? You are talking about the personal attacks on the Prime Minister and you are not apologizing for that.”

Yes. All of these “questions” were asked by the reporter!

When Mevani refuses to “apologize” for his comments, the reporter cuts out Mevani and launches into another barrage of questions, all this when Mevani is still speaking. (Maybe politicians should carry their own mics from now on).

Realizing that the reporter doesn’t want to understand his point, Mevani tells the reporter: Aap ek kaam karye, sawaal bhi aap poochenge, jawaab bhi aap dengay (You do one thing, ask questions and answer them yourself).

At one point of time the interviewer asks why isn’t Mevani apologizing for his comments. Really? Since when were journalists given authority to guide or lead a subject?

“Alright Sir, I can’t let you make these statements and get away. You can make those statements at other media. Other media can let you get away with that. I can’t really let you do that on Republic TV.”

Unsurprisingly, Mevani’s refusal to apologize became the channel’s prime time debate. It was hosted by none other than Arnab Goswami.

Clips of Mevani’s interview went viral on Social Media, evoking a lot of commentary and reactions