Arunachal Dutta Choudhury, an MD working for Barasat District Hospital in North 24 Parganas has been suspended by the West Bengal Health Department. The reason? He had criticised the Mamata Banerjee-run state government for its handling of the dengue-crisis in Bengal. He had allegedly accused the government of downplaying the situation on the ground. The Health and Family Welfare ministry is headed by Chief Miniter Mamata Banerjee.

In his Facebook post, written in Bengali, Dr Chowdhury alleged that on October 6, over 500 patients were admitted and were currently struggling to fight dengue in a hospital ill-equipped to handle that sort of number. In October, Trinamool Congress’ Malay De had said that 34 had succumbed to dengue, but a week later CM Mamata Banerjee had contradicted him saying 19 had died.

Choudhury’s post published on November 10 has created quite a stir in the state. With so many patients occupying not just beds, but also the floor in wards and corridors  – Chowdhury wrote that locating and treating patients was getting increasingly difficult.

As per reports, the suspended doctor, 62, released a statement to the media saying: “It is unfortunate that I was suspended. I could have retired at 60, but the state government extended the age of retirement of doctors and I had to work”. 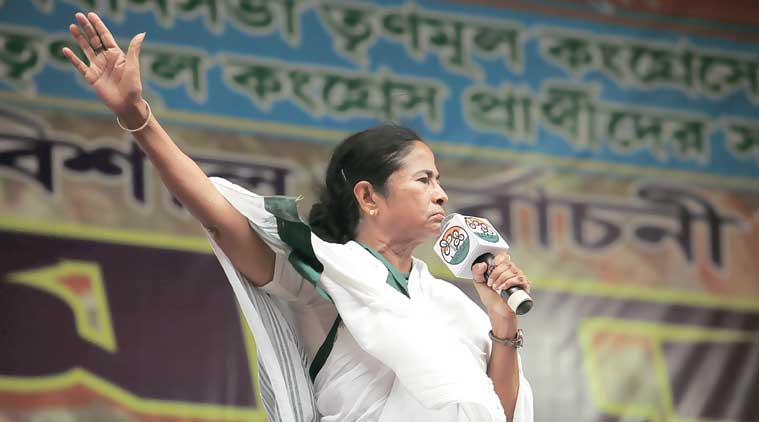 This is not the first time the Mamata Banerjee-run government has come under the scanner for acting out against criticism of any form. In May 2011, Dr SP Gorai, of Bangur Institute of Neurology was suspended after he complained about the crowd who had come with the CM as she visited the institute.

The following year, in April 2012 a Jadavpur University professor and his neighbour were arrested for sharing a parody of the CM and former TMC leader Mukul Roy.

In a state that’s struggling to fight the uphill battle against dengue, the state’s decision to suspend a doctor over a Facebook post has led to immense criticism. For once, CPI(M), BJP and Congress leaders of the state stand united in their demand for the Mamata Banerjee-government to tackle the real issue on hand – not dissenting social media posts.

A statement made by the West Bengal Doctors Forum says: “Rather than suspending Dr A Dutta Choudhury, any reasonable, rational authority honestly committed to people and delivery of standard level of health care as a right of each and every citizen should have taken the post in right earnest and should have taken corrective measures”.