Indian lawyer and activist Prashant Bhushan has filed a writ petition in the Supreme Court seeking an investigation into the documents allegedly recovered by the Income Tax Department and the CBI from the premises of The Sahara Group and an Aditya Birla Group company. In his petition Bhushan has claimed that the two corporates may have paid bribes, running into crores, to politicians in exchange for various favours.

While the documents pertaining to the Sahara group are a part of the documents seized by the IT department, the documents relating to the Birla Group come from two sources- an investigation into the coal block allocation to Hindalco Industries and an email obtained from the laptop seized from Shubhendu Amitabh, who is the executive president of the Aditya Birla Group.

It’s worth mentioning that the text dates back to the time when Narendra Modi was the Chief Minister (CM) of Gujarat. So, does this mean that Narendra Modi accepted a bribe of Rs 25 crore (or at least a part of it) from the Birla Group whilst he was busy planning the Gujarat model?

Let’s take a look at the details:

What are the allegations made by Prashant Bhushan?
In his complaint, Bhushan has alleged that the Sahara Group and the Aditya Birla group made payments to well-known political leaders including Chief Ministers of several states. He has also alleged that the documents gathered by the Income Tax Department in the raid on Sahara group and by the CBI in a raid on the Birla Group were not investigated and buried quietly. 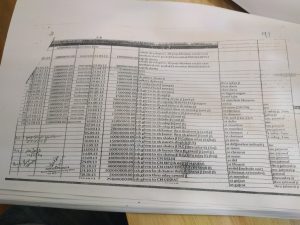 How is the Sahara group associated with the matter?
The documents allegedly recovered from the premises of the Sahara Group by the Income Tax Department in a raid on November 22, 2014, show that payments running into crores were made to several CMs and MPs.

Are these documents credible?
Apparently, the documents submitted by Bhushan were accessed by senior advocate and Member of Parliament Ram Jethmalani, who on June 28, 2016, requested the Delhi government to compare the signatures of Sahara Group’s Income Tax Officer Ankita Pandey (whose signatures are there in the documents) with her known signatures.

The forensic test results revealed that the two signatures indeed belong to the same person. 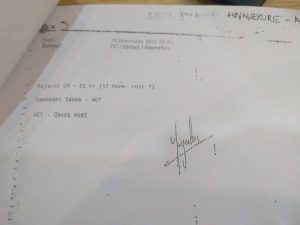 How is the Birla group associated with the matter?

Documents pertaining to the Birla payout come from the simultaneous raid conducted by the CBI in New Delhi, Mumbai, Secunderabad and Bhubaneshwar on October 15, 2013. The documents obtained by in the raids show that a transaction of Rs 7.08 crore was made under the heading of ‘Project-J-Environment & Forest’ between January 9, 2012, to February 2, 2012.

Another document comes from the laptop of Shubhendu Amitabh. The document shows a transaction of Rs 25 crore listed against the entry ‘Gujarat CM‘, wherein a payment of Rs 12 crore had been made already.

Are these documents credible?
According to a report by the Indian Express, Amitabh was questioned by the IT officials on the entry November 16, 2012, on November 30, 2013. His testimony revealed that “Gujarat CM” actually stood for “Gujarat Alkali Chemicals” and that were a part of his ‘personal notes’.

So, we do not know if Narendra Modi or any other ‘CM’ took any bribe. These documents still need to be further investigated under judicial supervision.