In a shocking incident, three sisters aged eight, four and two died due to starvation in east Delhi’s Mandawali area. The girls were brought to the hospital on Wednesday by their mother after which they were declared dead. According to the post-mortem report, the girls were suffering from malnutrition and died due to starvation. There were no injury marks on their bodies.

The girls’ mother is mentally unstable while their father, a rickshaw puller has been missing for the past few days. He had reportedly gone in search of work, reports NDTV. 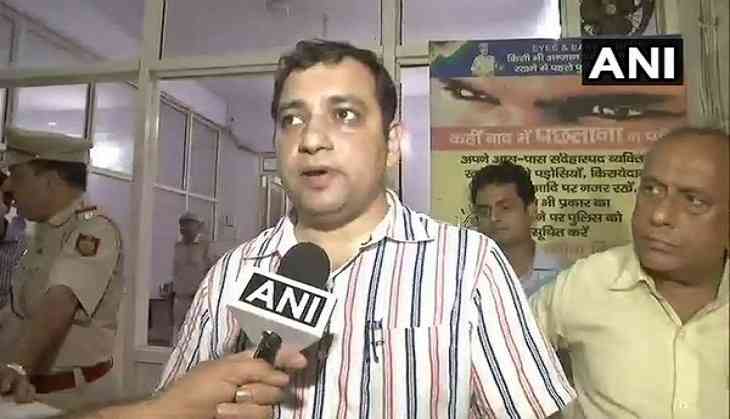 Preet Vihar SDM Arun Gupta has ordered a separate enquiry on the incident apart from the police.

The post-mortem report conducted at Lal Bahadur Shastri hospital (where the girls were admitted) revealed that the girls had died 12-18 hours before being brought to the hospital. A second autopsy will be conducted by a medical board from Guru Tegh Bahadur hospital to confirm the cause of death.

The family which had been living in Mandawali were forced to vacate their house. Their mother told police that the girls had been vomiting and complaining of stomach ache for the past one week. The father had left home in search of a job since his cycle rickshaw got stolen, reports The Indian Express.

Hailing from Midnapore in West Bengal, the father Mangal had come to Delhi in search of work fifteen years ago. He married Beena ten years ago and brought her to Delhi. The family of five had been surviving on a daily income of Rs 50-60 which he used to earn by pulling rickshaw. However, since the past few days, they had been borrowing food and water from neighbours, reports The Times of India.

Gave immediate financial aid of Rs 25,000&their mother will be admitted to hospital & will make sure that she gets best treatment.Once their father returns we’ll provide more financial help: Manish Sisodia,Dy CM on three minor girls dead in Delhi’s Mandawali due to malnutrition pic.twitter.com/xF5x4ogdB6

The Delhi government has ordered a magisterial inquiry into the deaths. Delhi deputy chief minister Manish Sisodia visited the house in Mandawali on Thursday and announced an immediate financial aid of Rs 25,000. “Their mother will be admitted to a hospital and we  will make sure that she gets the best treatment. Once their father returns we’ll provide more financial help,” he told ANI.