Delhi Metro Rail Corporation has revised the metro fares with effect from October 10. Under the latest revision, which comes five months within the last one, every commuter of the Delhi Metro who travels beyond 5 km will have to shell out Rs 10 extra while journeys falling in the 2-5 km distance slab will cost Rs. 5 more.

Smart Card users, who constitute nearly 70% of total commuters, will continue to get 10 per cent discount on each ride. They will also get an additional 10% discount while travelling during off-peak hours, that is from beginning of services till 8 AM, between 12 PM and 5 PM and from 9 PM to end of the services. The new fares will be applicable  across five corridors — Blue, Yellow, Red, Green and Violet. Only Airport line has been exempted from fare revisions. 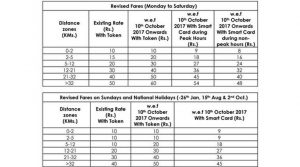 Metro fares are decided by a fare-fixation committee set up by the central government, headed by a sitting or former judge of a High Court, and consisting of a member each nominated by the Centre and the Delhi government.  Delhi chief minister Arvind Kejriwal dubbed the fare hike as ‘anti people’.  “Out of 16, the Delhi government has five directors, who opposed but Centre adamant. Hike too steep. Centre should have been more considerate for common man,” Kejriwal tweeted. Here we take a quick look at the Metro fares in other Indian cities. 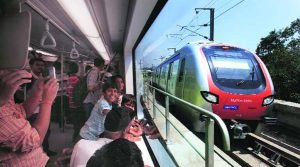 Mumbai Metro One Private Limited (MMOPL), which operates the Versova-Andheri-Ghatkopar Metro, started operations in June 2014 with a fare structure of Rs 10-20-30-40 for the 11.4-km corridor. In 2015, government-constituted Fare Fixation Committee (FFC)recommended a sharp increase in tariff (between Rs 10 and Rs 110 ), however, Mumbai Metropolitan Region Development Authority ( MMRDA) raised objections to the fare hike which led to a litigation. In December 2015, the Bombay High Court disallowed the increase of fares. Though the metro fare remains unchanged, the discount structure on return journey, store pass and trip pass have been changed, over the years, inorder to charge higher fare. 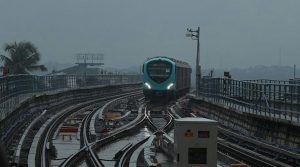 A joint venture by the Central and Kerala government, the Kochi Metro Rail Ltd began its operations on June 17. The metro line is split into 6 fare zones named F1, F2, F3, F4, F5 and F6, corresponding to a distance that is a multiple of five. The Metro charges Rs 10 as minimum fare and Rs 50 as maximum for the 18-km stretch. There are intermediate slabs of Rs 20, Rs 30 and Rs 40. 20% rebate on use of Kochi one Metro Card 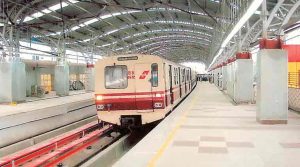 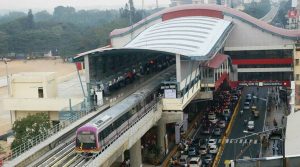 Launched in 2011, Bengaluru Metro Rail Corporation charges a minimum fare of Rs 10 and maximum fare of Rs 45 on the 18-km East-West Corridor and Rs 60 on the 24-km stretch in North-South Corridor. The Metro also offers discounts up to 15% on multiple journey tickets; a discount of 19% to 23% is also available for trip tickets. For a group of more than 25 persons, Metro also offers 10% discount. Fares were last revised in June with an increase of Fares 10%-15%. 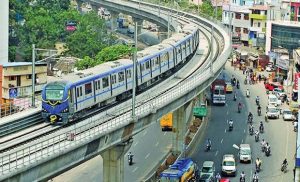 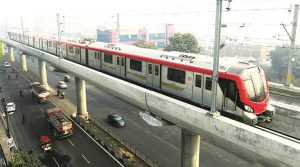 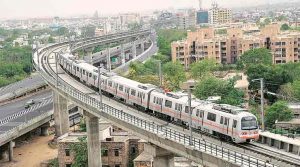