In a sudden development, Delhi’s Lieutenant governor Najeeb Jung resigned on 22 December. He has submitted his resignation to the government. However, it is not yet clear whether the resignation has been accepted or not.

Also Read: Najeeb Jung has resigned. All you need to know about the controversial Delhi Lt Governor

According to reports, Najeeb Jung said he is submitting his resignation because he wants to return to academics. He further thanked the people for the support extended during his term as the Lieutenant governor. This comes 18 months before his tenure was going to end.  In his resignation letter, he also thanked his constant critic Delhi Chief Minister Arvind Kejriwal for the necessary support extended to him.

Arvind Kejriwal has repeatedly claimed that the Delhi government fully stripped off powers and that all the power to take the important decisions were vested with Najeeb Jung. The tussle between the AAP chief and Jung has been on since the time Aam Aadmi party came into power in 2015.

It was only last week that the Supreme Court had ruled that Delhi government needed to have powers to function after Kejriwal appealed against High Court’s decision that made Najeeb Jung the administrative state.

The Delhi High Court had even ruled that Najeeb Jung would be the administrative head of the national capital which meant that the Delhi government could issue notifications only after consulting the Lieutenant Governor. Arvind Kejriwal had moved the Supreme Court challenging the high Court’s order. 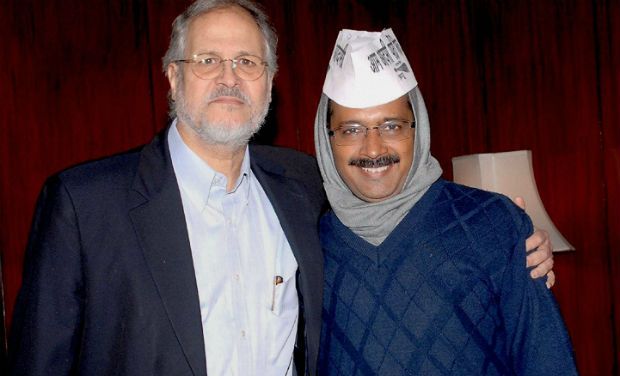 Kejriwal had went on to claim that the verdict was “supremacy and not democracy”. He had recently said that the Jung had “sold his soul” to the Prime Minister. Arvind Kejriwal had time and again accused Jung of acting on behalf of his political rival Bharatiya Janata Party, the outfit that is in power at Centre, and ‘obstructing’ developmental work in the Capital.

Jung had also ordered to set up a special committee to scrutinise 400 files which included orders passed by the Delhi government. Jung was the ex Vice Chancellor of Jamia Millia Islamia and also a former IAS officer from Madhya Pradesh.