The eligible women prisoners in Tihar jail will soon be able to avail the semi-open and open prison facilities.

After a rebuke by Delhi High Court over gender discrimination, the Arvind Kejriwal government has decided to extend the facility to women inmates too.

Assuring the Court, the government’s counsel said that it will remove gender-based classification in semi-open prison/open prison and accordingly treat all the prisoners at par irrespective of their gender.

“The government undertakes to remove any gender-based classification at the time of carrying out amendments which are proposed to be made in the rules/guideline with regard to the thresholds a convict needs to meet in order to gain eligibility in semi-open prison/open prison and accordingly treat all the prisoners at par irrespective of their gender,” said an affidavit filed by Delhi government standing counsel Rahul Mehra.

Also Read: This is why six prisoners will be working outside Tihar Jail now

Delhi government proposed semi-open and open jails in 2011 and 2014, respectively but excluded female prisoners from the facility without any reasonable justification.

In the semi-open jails, inmates can work within the jail premises from 8 am to 8 pm and return at night. Sometimes they are also allowed to stay in a flat instead of cells, India Today reported. 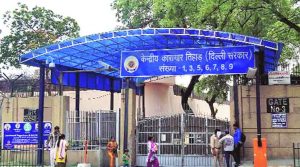 Generally, prisoners  with a record of “good conduct” for at least 12 years are the ones eligible for semi-open and open prison facilities.

The ones who complete two years in semi-open jails become eligible for the open jail facility. In the open jails, convicts can sign up for jobs anywhere outside the prison premises in Delhi.

While accepting the government’s affidavit, a bench headed by acting chief justice Gita Mittal noted in the order:

“It would appear, therefore that the government and jail authorities are rectifying the unfortunate discrimination in the current jail manual as well as the practice of excluding women from the benefit of open and semi-open prisons.

The petition said the (jail) guidelines barred women prisoners from treatment of confinement in semi-open prison without any rationale or justification.

“The convicts after completion of their sentence face difficulty in assimilating themselves in the society. They lack confidence and suffer psychological problems in leading normal life outside the prison. This is where the system of semi-open and open jail plays an important role,” said Gupta, who is the only officer in the country from legal field in the prisons department who has been given the President’s Award for meritorious service