It’s legit now. India is the world’s most dangerous country for women to live in, states a new report. As per a recent survey by the Thomson Reuters Foundation released on Tuesday, India is the worst country in the world in terms of women’s safety.

Reportedly, India topped the list owing to the high risk of sexual violence and forced slave labour, stated the global poll conducted by 550 experts on women’s issues. India was followed by Afghanistan and Syria, ranking at second and third in the global survey.

India was also ranked at the top when considering human trafficking, sex slavery and domestic servitude, and for its customary practices, which included female foeticide, forced marriage, etc. 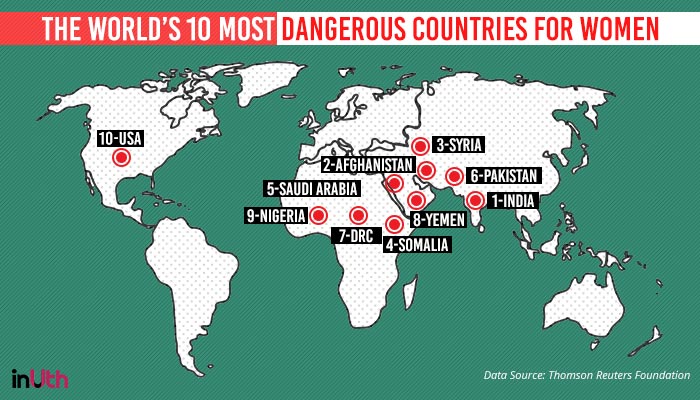 The United States also made it to the top 10, owing to the unfortunate revelations made by the ‘Me Too’ campaign. The country was ranked third specifically with respect to sexual violence in the country and was ranked tenth most dangerous country for women overall.

The survey was a repeat of a similar poll conducted in 2011 wherein India was ranked four. In 2011, Afghanistan, Congo and Pakistan made it to the top three. According to the experts, India moving up on the list signifies that not enough work is being done to tackle the violence against women, especially following the gruesome 2012 Nirbhaya gangrape and murder in Delhi. 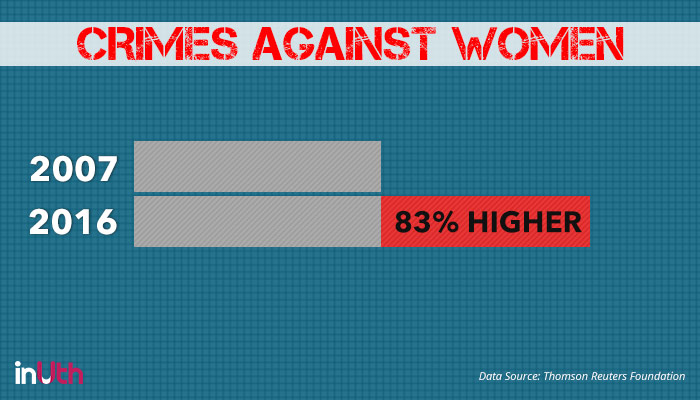 As per the report, crimes against women increased by about 83 percent from 2007 to 2016, when four cases of rape were reported every hour.

The respondents of the survey were inquired about five of the 193 United Nations member states they found most dangerous for women. The survey considered several criteria, including healthcare, cultural or traditional practices, sexual violence and harassment, non-sexual violence, economic resources, and human trafficking.