Veteran journalist Gauri Lankesh was on Tuesday shot dead at her home in Rajarajeswari Nagar area in Bengaluru. The brutality of the murder shook one and all and left everyone raising several questions. There have been moving tributes all around the web by people who were either directly or indirectly connected to her. While it is not fair to compare the tributes, a personal account by her ex-husband and long time friend Chidanand Rajghatta gives us a clear insight into how she was as a person.

Remembering her, senior journalist Chidanand Rajghatta wrote on his Facebook wall: “Part of our compact was we would not be hurtful to others – including family – in our youthful irreverence even if we disagreed with their beliefs and practices. We didn’t always succeed – ah, the impetuosity of youth! – but it was a good principle that served us well later. Which is how even when we divorced 27 years ago, after five years of courtship and five years of marriage, we remained friends, great friends. Part of the compact. Don’t be hurtful. Even to each other..”

He recalls her saying that the word ‘feisty wouldn’t even begin to describe her’. “Many friends were and continued to be bemused by our friendship. Separations and divorces are often messy, bitter and spiteful in India, or anywhere for that matter. We had our moments, but we transcended that quickly, bound by higher ideals,” he wrote on his Facebook wall.

He described her in one phrase – Amazing Grace. “Forget all other labels: leftist, radical, anti-Hindutva, secular, etc. For me, there is just this: My friend, my first love, she was the epitome of Amazing Grace,” he says.

The moving tribute is being widely shared on social media.

This warm and loving tribute to #GauriLankesh by her ex husband- Chidanand Rajghatta. Must read. https://t.co/xT7EasXdRX

Here is the tribute written by Chidanand Rajghatta 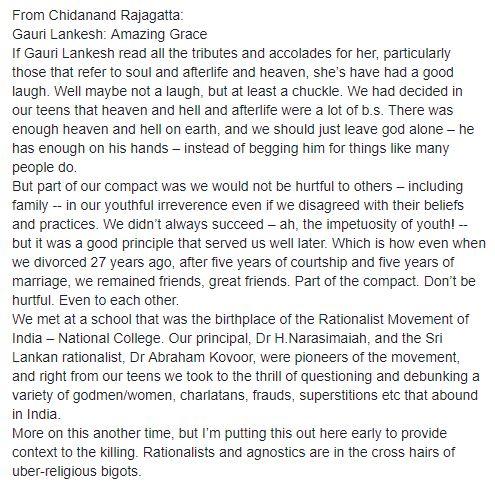 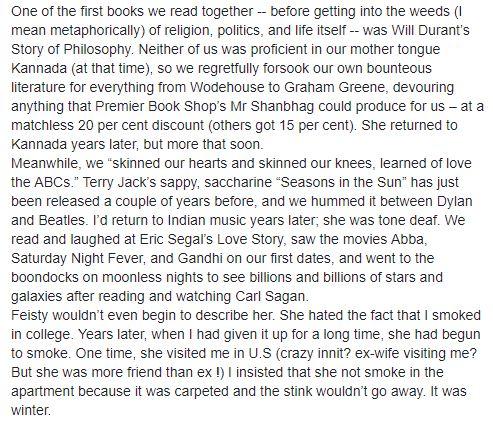 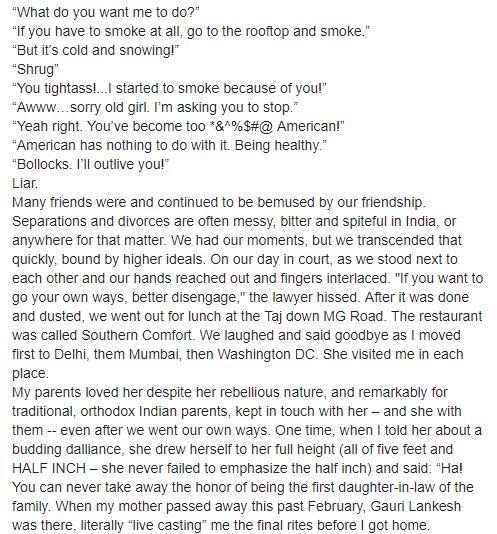 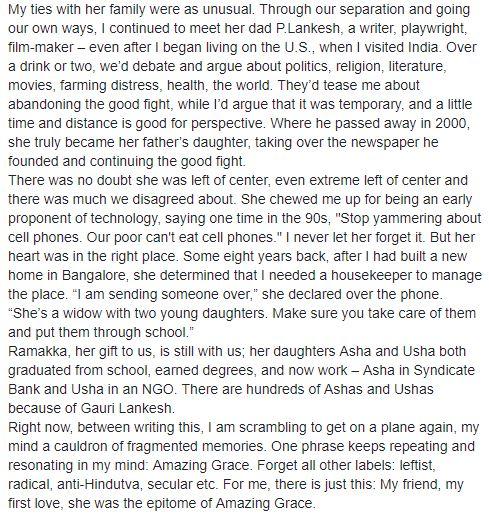 Also Read: Gauri Lankesh and 10 other Indian journalists who paid the ultimate price for doing their job