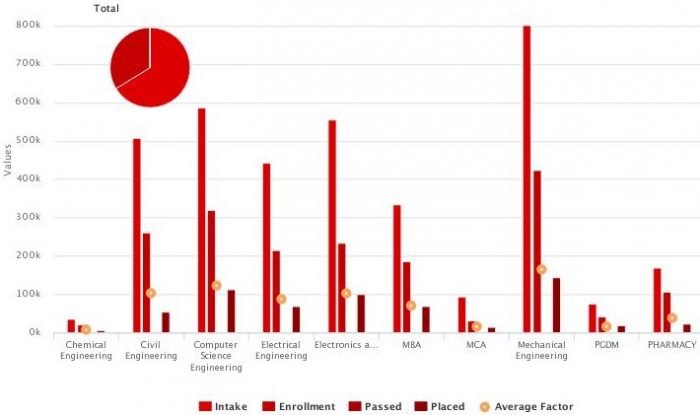 “First of all, there is not much difference statistically. There are always errors in such reporting and this could be within the margin of error. Second, there is a reduction in number of graduates, and hence the same number of jobs would result in higher fraction of graduates getting a job. Third, the average quality of graduates may have gone up slightly since it is the poor quality colleges that are shutting down and students today have better access to quality education through MOOCs and other online material.”

The enrollment in engineering courses has been on a steady decline since 2014-15 when the number of enrollments had peaked at over 1 million students. For 2017-18, this number decreased by over 15%. A number of factors contribute to poor enrollment rate, including the closure of colleges from 3400 in 2014-15 to 3225 in 2017-18. Employability of students has increased partially due to mandatory internships in engineering colleges.

Furthermore, the number of female students enrolling in engineering courses declined by around 37% over the last 5 years, which may be due to a near-stagnant job market as well as the availability of alternative career options. 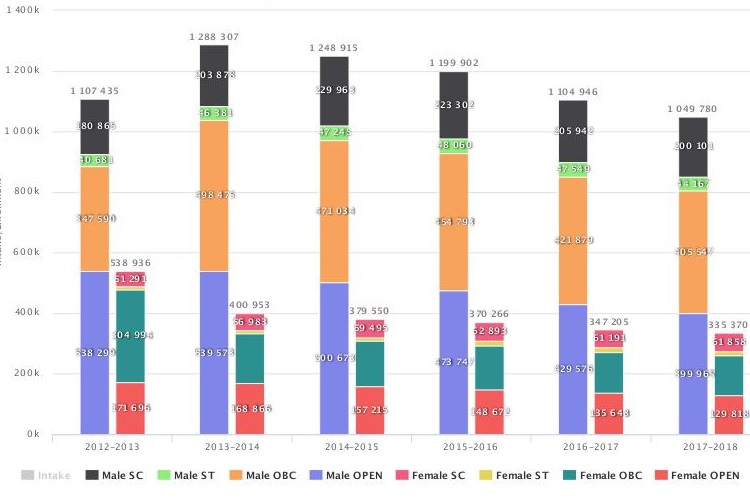 Many states including Haryana, Chhattisgarh, Telangana, Maharashtra and Rajasthan have submitted petitions to the HRD ministry to not set up any new technical institutions in their states due to poor enrollment. States with the highest intake continue to be Tamil Nadu, Maharashtra, Andhra Pradesh, Karnataka and Uttar Pradesh. They also hold the most number of technical institutions.