It was day one of placements at the Indian Institutes of Technology (IITs) and many aspirants are all set to bag hefty paychecks. Microsoft is leading the pack of US recruiters with the tech giant offering the highest package of Rs 1.4 crore ($214 600), inclusive of bonuses and stock options, for profiles in their Redmond headquarters. This marks a significant rise in pay package compared to last year’s offering which was $136,000 (Rs 93 lakh at then rates).

The software company is said to have picked about a dozen students from IIT Roorkee, Bombay, Madras and Guwahati campuses. Not only Microsoft, other MNCs are also offering hefty remuneration, According to the ET report, Uber Technologies is offering a total package close to $155,000 (Rs 99.87 lakh) while Samsung Korea is ready to offer close to $150,000 (Rs 96.8 lakh) and American cloud data management company Rubrik about $115,000 (Rs 74 lakh).

Also Read: How a team from IIT is helping reclaim a sinking island off Tamil Nadu coast 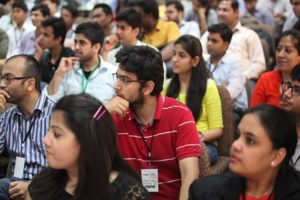 IITs across the country have noticed a considerable rise in the number of offers in the first session on the first day of placements.

Also Read: This IIT is the most favourite institute among JEE toppers

“The placement season has begun on a promising note, with a large number of offers made in the first session on Day 1. We hope this momentum continues into the next session and in the days to come,” Manu Santhanam , training and placement advisor at IIT Madras, told Indian Express.