Both NSUI and ABVP have bagged two posts each in Delhi University Student Union polls. It’s a big comeback for Congress backed NSUI which has regained the post of president for the first time after 2012. While the NSUI bagged the posts of president and vice president, RSS backed ABVP won the posts of secretary and joint secretary. Here we have enlisted all the four winners who have won the elections. 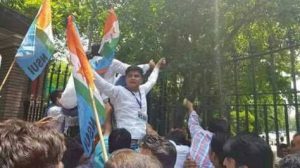 The NSUI candidate who has won the coveted post of president is pursuing his Masters in Buddhist Studies from Delhi University’ Shivaji College. Tuseed got 16299 votes defeated ABVP’s Rajjat Chaudhary by a margin of 1600 votes. He is also West Delhi NSUI President and Executive Councillor DUSU. His candidature was earlier rejected by the DU Chief Election Officer’s (CEO) on grounds of disciplinary action. However, Tuseed filed a plea in Delhi High Court claiming he was only warned by the varsity and that there was no disciplinary action taken against him. The Court allowed Tuseed to contest elections on grounds that a warning given to a student by a college could not be termed as disciplinary action taken against him. 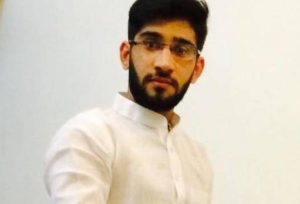 Another NSUI candidate Sehrawat is a student of Faculty of Law. He won the post of vice president by defeating ABVP’s Parth Rana. Sehrawat got 16431 votes while his closest rival Rana got 16256 votes. Notably, the difference between their vote count was less than 200. 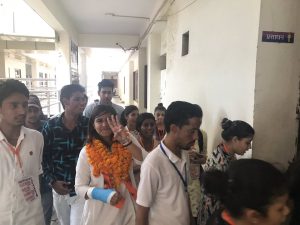 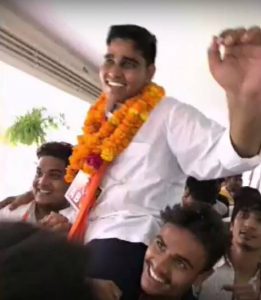 The ABVP candidate was declared the winner in the recounting much to the chagrin of NSUI and its Joint Secretary candidate Avinash Yadav. He won with a narrow margin in DUSU polls 2017 to win the post of joint secretary. A first-year BA student at Motilal Nehru College, he defeated her closest rival NSUI’s Avinash Yadav with a margin of 342 votes. Besides, he is also a State executive committee member of the ABVP.

The DUSU polls saw a poor voter turnout of voters for the Students Union elections in Delhi University with only about 43% students turning up to cast their votes. . Started in 1954, students from 50 of 77 Delhi University colleges vote to elect office bearers to the positions of president, vice-president, secretary and joint secretary.