Students at the IIT Indian School of Mines (ISM) in Dhanbad will now have to attend their convocation in traditional Indian clothes instead of the customary gowns. In the two-day long event, scheduled to be held on Monday and Tuesday, students will be seen wearing sarees and kurta pyjamas.

The dean of infrastructure, JK Patnayak said this is as an attempt to promote ‘traditional Indian wear’ as opposed to the ‘colonial gowns’ the students have been wearing for the past 92 years.

He further added that all the students will have to also carry a stole which will be provided by the institute. 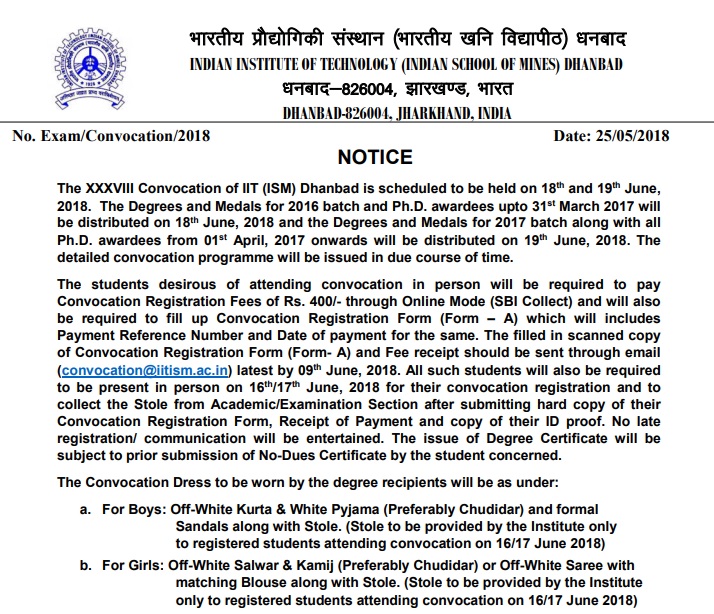 Apart from the dress code, students will also have the option of taking their pledge in Sanskrit.

“Sanskrit has been adopted as it is a symbol of Indian culture. However, a student can take a pledge in English if they would like and Sanskrit is not mandatory,” he said.

The Dean confirmed that out of the 3,835 students who are supposed to get a degree from the IIT ISM director Rajiv Shekhar on Monday, “Altogether 1,500 of them have got registered to take the degree personally (in the dress directed by the ISM)”

This is the first convocation at ISM, after the 92 years old institute bagged the IIT tag in 2016.

The event was initially scheduled for May but was postponed as the institute wanted to get Prime minster Narendra Modi as the chief guest. “We always wanted our honourable Prime Minister to give away the certificates to the students and also inaugurate the central library. But unfortunately he couldn’t turn up and so we thought of going ahead without his presence,” said the dean, in a report by The Telegraph.

A live telecast of the convocation for the students’ parents and families will be held at the Golden Jubilee Lecture Theatre, reports The Telegraph 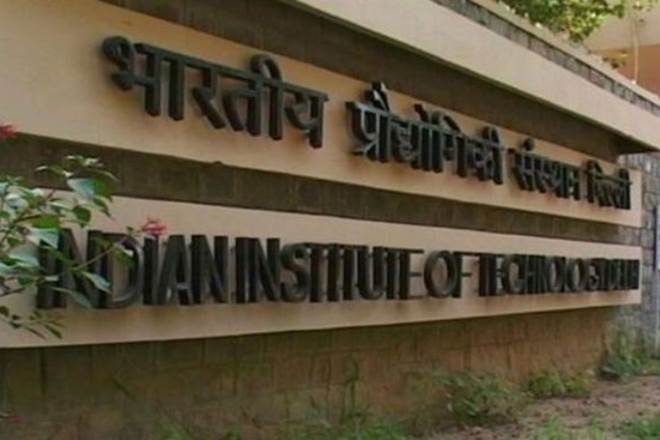 IIT Kanpur had ditched the colonial gown and headgear and worn Indian clothes in honour of their 50th convocation ceremony Source: The Financial Express.

In a similar instance, IIT Kanpur had ditched the colonial gown and headgear and worn traditional Indian clothes in honour of their 50th convocation ceremony in June last year. The decision was taken after a vote in where 70% students voted in favour of ethnic wear.

A student from the college held “We at IIT don’t hesitate in experimenting. The change in convocation dress is not an instant idea. In fact it was thought of almost a year ago. We students wanted a convocation dress which is ethnic and had an Indian appeal. So the student senate decided to present this idea to our administration and we are happy that our authorities permitted replacing the convocation gown with Indian attire”, according to a report by the Times Of India.

IIT Bombay, in 2016, had also sported an Indian attire by wearing khadi uttarias over their white robes, reports The Indian Express.

IIT Kharagpur has also been considering adding Khadi ethnic wear to their convocation dress. “Our objective is always to promote local artisans who require encouragement from people like us. Swadeshi means many things, including khadi. So our options are open,” a senior official at IIT Kharagpur told, the Hindustan Times.

According to the report in the Hindustan Times, sources in human resource development (HRD) ministry had also said last year said that the government is trying to introduce traditional attire in universities across india, substituting western attire. The ministry will also issue a notice asking the general public to give suggestions on introducing the same in IITs NITS and other central universities.