Two days after 11 members of a single family were found dead at their home in North Delhi’s Burari, investigators have found a number of clues that might explain the entire sequence of events. However, police is still not sure whether the deaths were due to murder or suicide. Major part of the investigations, so far, have pointed out to some “occult belief or special rituals” observed by the family even though the police hasn’t ruled out the murder angle.

Post-mortem examination on Monday confirmed that all the 11 family members died of “ante-mortem hanging” (asphyxiation). However, police has collected visceral samples of females and children to ascertain if the they were sedated or poisoned at the time of hanging. 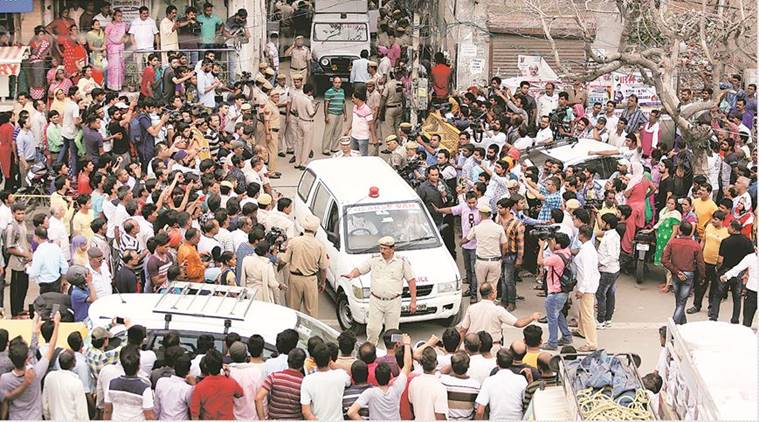 With police still unable to solve the case, the mysterious deaths of the entire family has given birth to a number of theories and rumours about the incident.

11 pipes protruding from the house

According to various reports, 11 plastic pipes, jutting out of one of the walls of the family’s house, has baffled locals and police.

While some locals claimed the 11 pipes have an “occult meaning” installed as an outlet for “souls of deceased”, police has rubbished those claims.

A Hindustan Times report said the pipes were not connected to any water inlet or outlet. While there are many explanations about the pipes, nobody could explain the logic behind the number of those pipes.

“The house was undergoing construction and renovation. When I asked the family about the pipes, the family said they would serve as ventilation,” Ahmed Ali, a carpenter who worked with the family which had a plywood business, told HT.

The number 11 also became a source of another rumour when some locals noticed a set of 11 rods on an iron gate at the house’s entrance.

One of the vital piece of evidence in the entire case is a diary maintained by one of the sons of the family.

According to a report in The Indian Express, 45-year-old Lalit Bhatia would maintain a daily diary in which he would record the activities of each person in the house. Police is trying to ascertain the “mental state” of Bhatia who, according to police, had started performing “rituals” after the death of his father 10 years ago. Bhatia’s father Bhopal Singh died of natural causes in 2008.

Years after his father’s death, Bhatia told his family that his father’s soul had entered his body to give advice on various issues. He would also conduct various “rituals” in the name of his father.

“He wrote about dreaming about his father who died years ago and taking instructions about property, business and family responsibilities from him. He would attribute all the ritualistic activities to ‘upar se aadesh’ (orders from the higher powers),” an officer of the Delhi police told HT.

The analysis of Bhatia’s notebook by police has revealed that the family had “rehearsed” the hanging “ritual” many times before the final act. 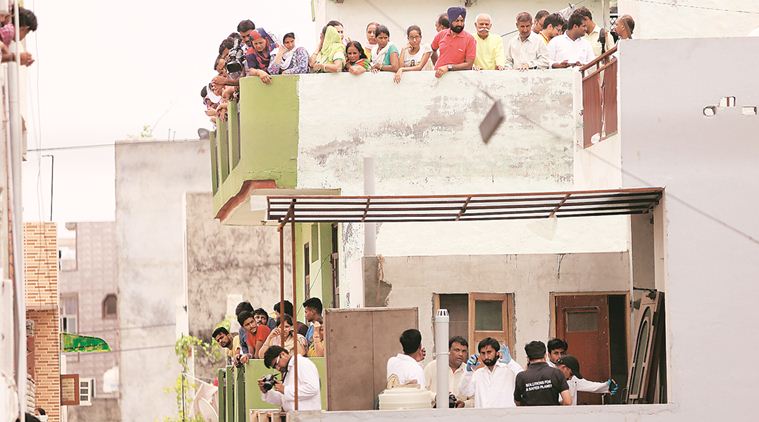 The notes also mention family members tying each other’s hands, covering the eyes and mouth and plugging the ears with cotton – all of them, as part of the “ritual.”

“Everyone should be blindfolded. If the elderly woman can’t stand, she can lie down. Nobody will die but attain something great. When you are hanging, God will miraculously appear and save you. Avoid using mobile phones,” a DNA report quoted police sources familiar with the jottings on notebook.

Police is seeking the help of psychoanalysts to probe Bhatia’s mental state. Cops suspect Bhatia might have been suffering from “delusional disorder.”

The incident has left the locality in shock with many claiming that they area is now haunted. Reports said locals are planning to hold special prayers in the neighbourhood.

Puzzled neighbours of the family are still unable to fathom the tragedy that took place in their vicinity. While all the neighbours and relatives alike have trashed the “oculist” theory, many locals are still wondering about the family’s tragic end.

Meanwhile, police is looking into the call records of the deceased to verify if the family was in touch with some godman.