In a whacking win for Indian women, the Ministry of Health and Sanitation introduced a bill that deems advertisements promoting fairness (among other things) a punishable offence, charging the offender 5 years of prison or 50 lakh penalty. As a women of color, it should be a moment of victory for us. But as the news showed up on my feed, I half-smiled and mostly sighed before scrolling down. Despite years of marinating in the fairness cream culture, a large number of brown women across the country have worn their color and owned it.

But, there have always been attempts to put us down.

I remember the television telling me that two dollops of a cream could get me anything, from the perfect job to the dream date. Will the 5000 Cr industry of complexion lightening products be effectively numbed by the bill should it come to pass?  A 2020 calendar indicated that the answer was in the negative.

The NAAM Charitable Trust calendar paid a beautiful tribute to Raja Ravi Varma’s paintings. 11 dancers and actors filled the 12 pages bringing Varma’s women to life under the watchful camera-eye of G. Venket Ram. The legacy that Varma stakes claim to is that of breaking the stereotyped image of the Indian woman. But we tend to forget Varma’s problematic representation of women that has attracted criticisms over the years.  Most of his paintings had women with skin tone so pale, that they simply didn’t look Indian. What Varma’s European realism influenced canvases suffered from, is not restricted to him or his time.

A retrospective tribute to the artist, while displaying breathtaking skill, also served as a reminder that the country still struggles to assert its identity. We keep color correcting our selfies as we post about the problems that the “fair and lovely” culture has cultivated.

In this series, notably, the women are airbrushed to look as fair and flawless as Varma’s original paintings..

The beauty mode on my camera presents an alternate reality where I am successful and popular. Even the AI knows that it was my melanin that was coming in way of me and my success story on social media. For a generation brought up by social media, a host of filters on Instagram, Snapchat, Tiktok keep telling us you are desirable as long as you are fair.

Growing up, I listened to many known and unknown relatives worrying on behalf of my parents about my skin colour and my “prospects” because of that, but I was consistently encouraged to ignore such jibes. I remember my face getting caked with spices that should have remained in the kitchen. My face was pumiced coarse with the hope that it was dirt that hid my real complexion! How else was I to claim my upper-caste pedestal? The complexity of color in the Indian society has always been linked to caste and class. We all have internalized this with heartbreaking ease.

Moving out of the suburbs of Kolkata, I travelled to a different city to finish my education and start a career. The story was the same there too. It was a pan seller in Pune who reminded me that a few scrubs with multani mitti can solve some of my problems. “What’s your surname,” he asked. The advice and the questions were unsolicited, and so unexpected that I didn’t know how to react.

His deduction was that my skin tone was related to my caste. Having my life affirmed that it was not my fault, I chewed on the thought that rose from the fragrant betel leaf- how the hell did men get away even on this account?

The fair skinned men are the embodiment of blue blood while the rest remained happily objectified as tall, dark and handsome. The blinding whiteness of Ranbir Kapoor has its own fanbase ,which also intersects with the dark horse fanbase of R. Madhavan. But female actors have to shift base from make-up caked face to cosmetically lightening her face. Faizal of Wasseypur comes of age owning the Kaala-ness of his dhanda and his skin, but he finds love in a fair-skinned Huma Qureshi.

So, is it any surprise that we still need to airbrush Varma’s women?

It is , of course, up to a woman to present a more realistic depiction of Indian women, as we can see in Amrita Shergill’s Three Girls. 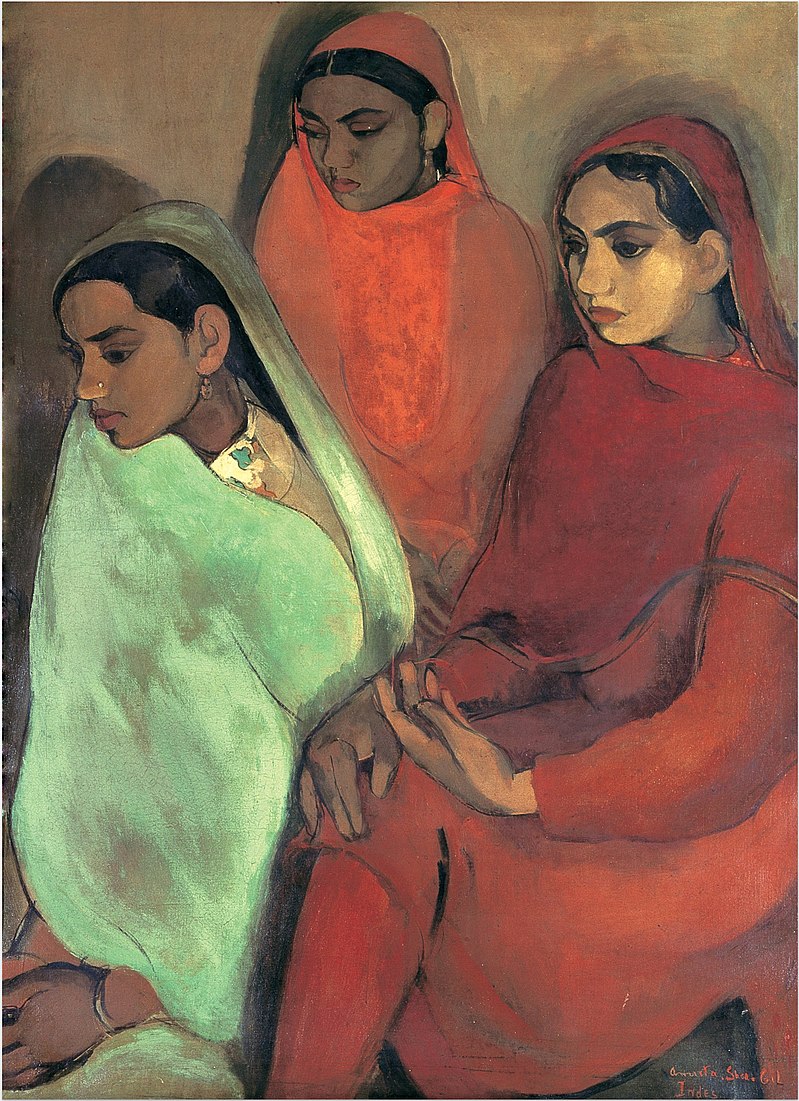 This is a historic move by the government indeed. But little will change without a change in the popular media. We need to see more colored women represented consistently and casually. The 2020 NAAM calendar displayed both technical skills and the problem at hand – we are still obsessed with fairness. No amount of laws can put a stop to this culture if we, as a society, don’t consciously stop retrograding. Be it on screen or at home, it is time we love the skin we wear and stop trying to “fix” it.